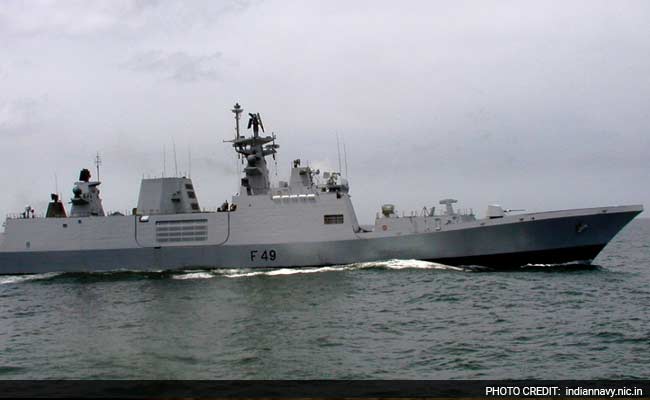 INS Sahyadri is an indigenously built warship of the Shivalik class, inducted into the Indian navy on July 21, 2012.

The ship will remain berthed at Incheon, South Korea's third most populated city, till October 27, the statement said, adding there would be "extensive interaction" with the Korean navy during this period.

"Maritime interaction has grown with port visits by warships to each other's ports. Indian Naval ships last visited Busan in June 2012. The Indian Navy has extended an invitation to the Korean navy to participate in the International Fleet Review 2016, scheduled to held in February 2016, off the east coast of India," the statement said.

The ship recently participated in the International Fleet Review organised by the Japanese Maritime Self-Defense Force.

INS Sahyadri is an indigenously built warship of the Shivalik class, inducted into the Indian navy on July 21, 2012.

The multi-role stealth frigate boasts of an impressive array of weaponry in her arsenal. Long-range anti-ship missiles, medium- and short-range surface-to-air missiles augmented by powerful guns of different calibres provide it a formidable shield against all types of surface and air threats.

The capability to carry two integral multi-role helicopters significantly enhances the potency of this ship.