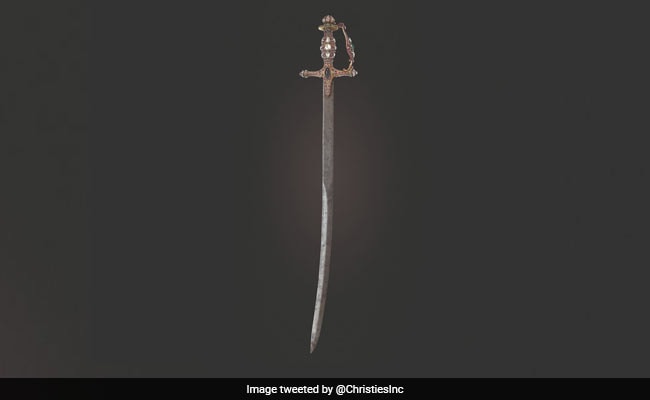 Ceremonial sword of the Nizams of Hyderabad sold for Rs 13.4 crore

An auction of royal Indian jewellery at Christie's here has totalled almost $109 million, with a jade-hilted dagger of Mughal emperor Shah Jahan, a ceremonial sword of the Nizams of Hyderabad and a bejewelled medieval huqqa setting world records.

These objects, among a total of 400, went under the hammer at the "Maharajas and Mughal Magnificence" auction here on Wednesday.

It established "the highest total for any auction of Indian art and Mughal objects, and the second highest auction total for a private jewellery collection", Christie's said a statement.

The objects on sale were from the Al Thani Collection of the Qatari royal family.

These record-high prices, however, are nowhere near the top performer of the 12-hour auction.

A Belle Epoque devant-de-corsage brooch from 1912 by Parisian jeweller Cartier sold for $10,603,500 (Rs 73.7 crore) to a private collector. However, in the description given by the auction house, it has little India connection.

The Mirror of Paradise diamond (52.58 carats), that originates from the Golconda mine, the earliest diamond mine known to humans, went under the hammer for $6,517,500 (nearly Rs 45 crore).

Major sales also include the 17-carat Golconda "Arcot II" diamond, once owned by the Nawab of Arcot, that sold for a stunning $3,375,00 (Rs 23.5 crore). The diamond was also owned by Queen Charlotte, a consort of British King George III.

The sale also included an antique diamond riviere necklace once owned by the Nizams of Hyderabad, which sold for $2,415,000 (nearly Rs 17 crore). The 33-diamond necklace surpassed its estimate.

Christie's had earlier said that this collection is poised to be the most valuable auction of jewellery and jewelled objects. The total auction value of $109.2 million, however, fell short of the current auction record held by 'The Collection of Elizabeth Taylor' auction, which totalled $144 million in December 2011.

Nonetheless, it featured among the "most storied private collections ever featured at auction", as per Christie's. The auction had bidders from 45 countries, including India.

"Beginning with the sale announcement in April, there has been an overwhelming response to this exceptional collection with momentum building from the international tour to the New York exhibition culminating with the excitement witnessed in the saleroom.

"We witnessed a record total for the world's greatest collection of Indian jewels and jeweled objects to ever be brought to auction," Rahul Kadakia, International Head of Jewellery at Christie's, said in a statement.

Royal families of Jaipur, Indore and Baroda were also represented in the sale.

A beautiful bracelet by Maharani Sita Devi of Baroda, studded with emerald beads, baguette, diamonds, and platinum was sold for $16 million (Rs 11.4 crore). 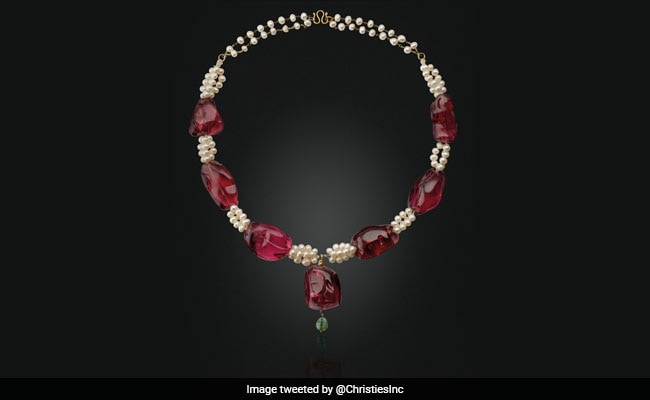 The auction had started with the 'Indore Sapphire Taveez Bead Pendant Necklace, Mounted By Cartier'

The auction had started with the 'Indore Sapphire Taveez Bead Pendant Necklace, Mounted By Cartier' that owes its provenance to Indore's Maharaja Yeshwant Rao Holkar II, who was educated in England, and was known for gifting expensive jewels to his wife.

Also sold were a Baroda Pearl Canopy (a cloth embroidered with 9.5 lakh jewels), a gem-set mace from the 17th century, a 'magic box' of Mysore's ruler Tipu Sultan, a gold finial from his throne, and the Patiala Ruby Choker of rubies, pearls and diamonds ordered by Maharaja Bhupinder Singh of Punjab in 1931. 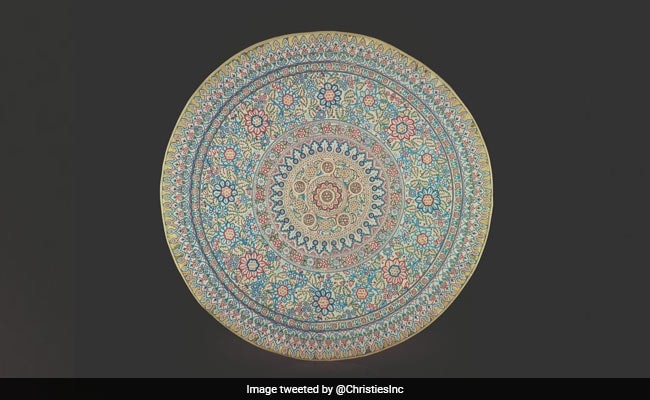 The bejewelled objects made for only a small selection from the Al Thani Collection.

More from this encyclopedic collection, which includes over 6,000 objects, will be shown at a new museum space in Paris from next year.

"In addition to new acquisitions, sale proceeds will support ongoing initiatives of The Al Thani Collection Foundation which extend from exhibitions, publications and lectures to sponsorships of projects at museums around the world," Christie's said.

(Except for the headline, this story has not been edited by NDTV staff and is published from a syndicated feed.)
Comments
Royal Indian JewelleryAuctionChristie auction house