"Indian Food Is Terrible": US Scholar Criticised After Tweeting Opinion

The poll, which mirrored similar exercises in which people shared their possibly unpopular takes on movies and sports, predictably devolved. 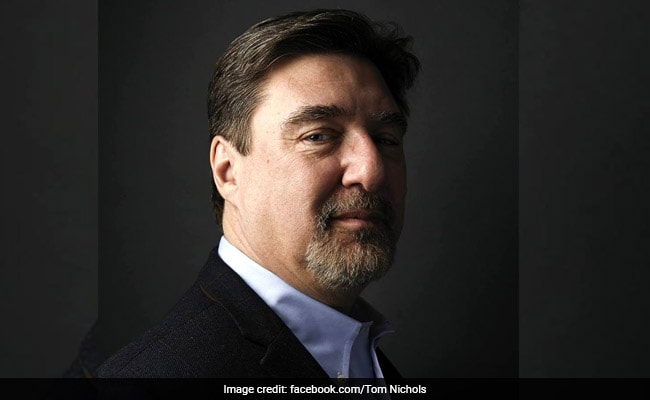 Tom Nichols had tweeted his opinion about Indian food.

A Twitter thread that was popular over the weekend asking people to share their "most controversial food opinion" seemed to tap into the social media thirst for good-natured food fights.

A Miami University student kicked it off last week, asking people to share which culinary hills they would gladly die on. From there, the pot was stirred.

People, from well-known figures in the food world to celebrities (hey, everybody eats - and has opinions, right?), had fun with the challenge. They trashed beets, mayonnaise (so many mayo-haters!), various styles of pizza, and pineapples on pizza (I thought we had been through that already?) in dramatically absolute terms.

"No rice has ever been good," one user proclaimed. "Lobster is a tasteless sea cockroach," another declared. Comic Jim Belushi labeled onions "disgusting."

"Here's mine: onions are disgusting - you'll never change my mind"

But the poll, which mirrored similar exercises in which people shared their possibly unpopular takes on movies and sports, predictably devolved.

The controversy really reached a boil when Tom Nichols, a professor and author who is a prominent conservative critic of President Donald Trump, replied to the prompt: "Indian food is terrible and we pretend it isn't."

Some people took issue with his palate. "Do you not have tastebuds?" retorted TV personality Padma Lakshmi.

Do you not have tastebuds? https://t.co/o2IVYsrr8R

Others criticized him for dismissing a vast and varied cuisine, with some calling his response racist.

"There is nothing called 'Indian food'. We have 22 major languages each in different parts of the country and each have their unique culture and with that food. Unless you've tasted all of them, this is not a controversial opinion, this is an uneducated one."

Still others defended him. And Nichols was defiant, posting that he simply does not enjoy spicy food.

"People are taking this way too far. @RadioFreeTom said he doesn't like Indian food. Hell, given the crap in New England, neither do I. It doesn't make him a racist.Nowhere did he say he doesn't like or respect India or Indians. Tom's been nothing but supportive of me in my career"

ABC senior national correspondent Terry Moran similarly got dragged for his contribution to the solicitation: "Chinese food is tired," he tweeted. "It's boring, gloppy, over-salted and utterly forgettable." That, too, prompted social media eyerolls.

"When your 'controversial food opinion' just seems like racism"

And as the controversy spread, many people grew tired of the exercise more generally.

San Francisco chef Pim Techamuanvivit might have had the very best response to the thread and the fights that it had stirred. In a tweet that also went viral, she wrote that in Thai, instead of saying that you "don't like" a food, you instead say you "don't know how to eat this." That expression, she wrote, represents a more generous way of looking at food - and maybe at the world, too.

" 'I don't know how to eat this' implies that no food, no cuisine is inherently bad," she wrote. "It leaves open a possibility that maybe, just maybe, if we learn how to appreciate it properly, we might even end up liking it. Might not be such a bad idea to start saying this in English too?"

And, hey, it takes up far less than 280 characters.