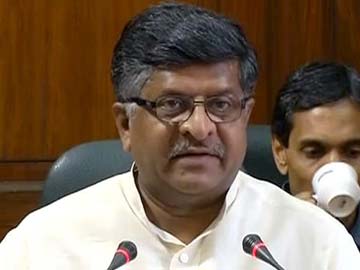 New Delhi: With the proliferation of Information Technology (IT), the trend in increasing cyber security violations in India is similar to that of worldwide, Communications and IT Minister Ravi Shankar Prasad said on Friday.

"The government has taken a slew of measures to tackle cyber security violations and cyber crimes in the country," Mr Prasad said in a written reply in the Rajya Sabha.

He mentioned that all major websites are being monitored regularly to detect malicious activities.

"All central government ministries or departments and state or Union Territory governments have been advised to conduct security auditing of entire Information Technology infrastructure. All the new government websites and applications are to be audited with respect to cyber security prior to their hosting," the minister said.

CERT-In has empanelled a total number of 45 security auditors to carry out security audit of the IT infrastructure of government, public and private sector organisations.

Promoted
Listen to the latest songs, only on JioSaavn.com
Mentioning that close watch is kept to scan malicious activities on the important networks in the government, public and service providers, the minister said: "All the ministries/departments of central government and state governments have been asked to implement the crisis management plan to counter cyber attacks and cyber terrorism."