The decision came after the French government recently found the remains of four soldiers, including two unnamed Indian soldiers, at a construction site near Laventie, about 70km from Dunkirk, in France. 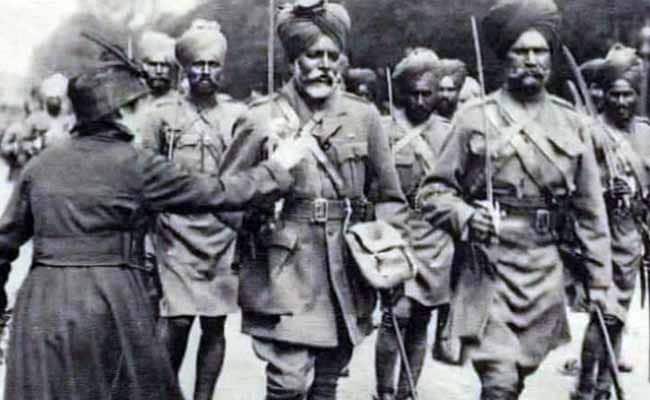 Remains of two Indian soldiers killed during World War 1 has been found in France. (Representational)

Dehradun: A team of the Garhwal Rifles will travel to France in November to identify and bring back the remains of its two soldiers killed during the First World War, an Army official said.

The decision came after the French government recently found the remains of four soldiers, including two unnamed Indian soldiers, at a construction site near Laventie, about 70km from Dunkirk, in France.

"The French government has found remains of two soldiers along with their regimental insignia having 39 number engraved on it. This makes us believe that the two soldiers could be of the Garhwal Rifles regiment," Lt. Colonel Ritesh Roy of Garhwal Rifles said.

Notably, during the time of World War I the now Garhwal Rifles regiment was known as '39 Garhwal Regiment'.

According to Roy, the other two remains found from the site were of British and German soldiers. "We have already informed the Indian government and top Army officers about the situation and a team from our regiment will be visiting France to identify the remains. If it is confirmed that the remains belong to the Garhwal Rifles regiment soldiers only, then we will bring it back with full army honour," he added.

The British government honoured the 39th Garhwal Rifles by renaming it as '39 Royal Garhwal Rifles'. However, it was changed back to its original name after India's independence.

Promoted
Listen to the latest songs, only on JioSaavn.com
Over 650 soldiers of the Garhwal regiment lost their lives during World War I.