In August last year, before demitting office as the General Officer Commanding-in-Chief, Eastern Command, General MM Naravane had referred to the Doklam stand-off and called China a "regional bully"

New Army chief General MM Naravane said today that the armed forces were focusing on "capability development" in connection with the border with China and expressed hope that maintaining peace and tranquillity there will help arrive at an "eventual solution".

The army chief, who took over from General Bipin Rawat yesterday, has taken a tough line on Pakistan and the terror it sponsors, saying in such a situation, India "reserves the right to pre-emptively strike at the sources of terror".

But he said while a lot of attention is being given to the "western front" - which includes the Line of Control, the "northern front also requires equal amount of attention".

"It is in that context that we are now going in for capability development even in the northern borders, which includes the north-east parts of our country," said the General, who earlier headed the Eastern Command, which guards the nearly 4,000-kilometre border with China. 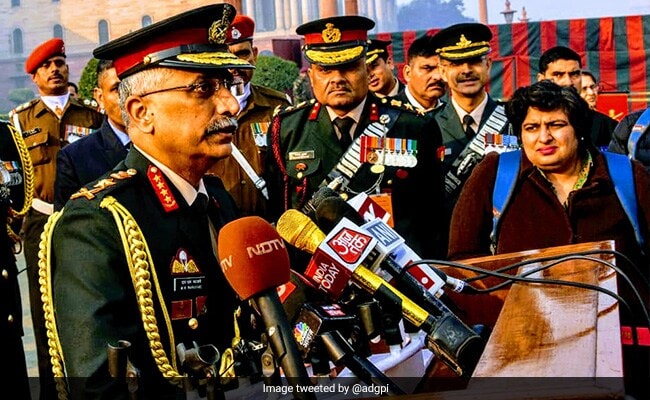 "We have the Line of Actual Control with China. The border question is yet to be settled. However, we have made a lot of progress in maintaining peace and tranquility along the borders. And I am sure that the situation will prevail. And by maintaining peace and tranquility along the borders we will be able to set the stage for an eventual solution," he said.

Over the last years, there have been several incursions by Chinese soldiers, both in Ladakh and Arunachal Pradesh. In 2017, the Chinese and Indian troops had a 10-week face-off at Doklam near Sikkim, as Indian soldiers crossed into the plateau to prevent Chinese road construction workers from extending a road to the strategic Jampheri ridge-line.

India considers the Doklam plateau an undisputed part of Bhutanese territory, while China considers it  an extension of its Chumbi Valley, a wedge of land that lies in between Sikkim to the west and Bhutan to the east.

Access to the ridge would have enabled the People's Liberation Army a clear line of sight to the narrow Siliguri corridor, a tract of land just 18 km wide which links India's northeast to the rest of the country.

In the Wuhan summit of April 2018, Prime Minister Narendra Modi and Chinese President Xi Xinping identified a series of steps to de-escalate tensions between soldiers of both sides along the Line of Actual Control.

In August last year, before demitting office as the General Officer Commanding-in-Chief, Eastern Command, General Naravane had referred to the Doklam stand-off and called China a "regional bully".

"The Doklam stand-off gave a clear signal that the Indian Armed forces are no pushovers," he said, adding, "They thought that they would get away by being a regional bully... but we stood up to the bully," he said.