In September 2016, India signed a deal with the French government and Dassault Aviation to acquire 36 Rafale fighter jets for over Euro 7.8 billion. 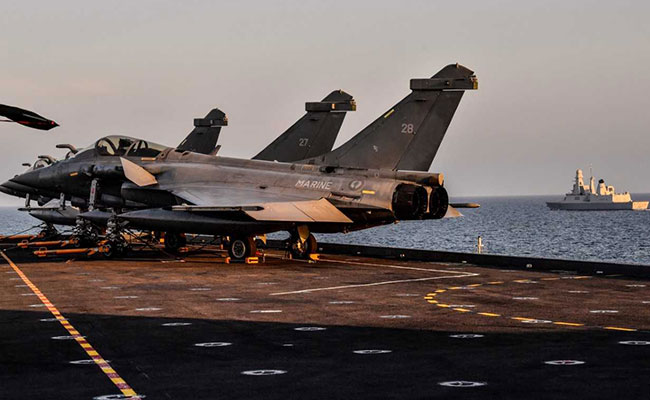 The first Rafale would be handed over to the Indian Air Force in September 2019.

The Indian Air Force will deploy one each squadron of the Rafale combat aircraft at its airbases in Ambala in Haryana and Hashimara in Bengal.

"The first Rafale would be handed over to the Indian Air Force in September 2019 but it would be required to undergo intensive 1,500 hours of testing to validate the India Specific Enhancements on it. So the first batch of the four Rafale fighter planes would arrive at Ambala around May 2020," senior Indian Air Force officials said.

Infrastructure for housing both the squadrons has been completed at both the bases.

In September 2016, India signed a deal with the French government and Dassault Aviation to acquire 36 Rafale fighter jets for over Euro 7.8 billion to arrest the fall of combat squadrons and meet urgent requirements on the eastern and western fronts.

The plan to deploy one squadron of the planes at the Saraswat air base in Uttar Pradesh did not work out due to land acquisition issues.

Ambala base has been housing Jaguar aircraft squadrons mainly looking after the Pakistan front but due to rapid deployment capabilities, the planes can be utilised on both the fronts in case of requirement.

The Hashimara air base in Bengal is close to the China border and was home to the MiG 27 fighters which are being phased out now.

Once inducted, the Rafales would be the most potent fighters of the Air Force but the mainstay would be the Su-30MKIs-272 which would be in service by the year 2021-22.

The Air Force rates the Rafale much higher than the Su-30MKIs in terms of capabilities, and has been making a case for the increased number of Rafale type multi-role fighters.