IAF To Carry Out Fighter Ops From Civilian Airports In North-East, Bengal

The heavy multirole Sukhoi-30MKIs and the advanced trainer Hawk Mk. 132 will participate in the exercise to be conducted by the Eastern Air Command based in Meghalaya's capital Shillong 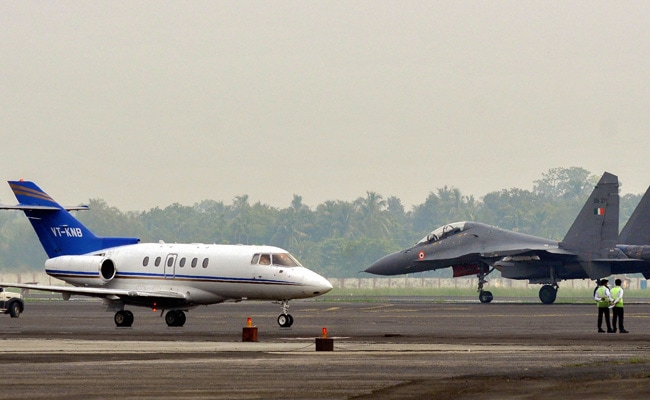 The India Air Force (IAF) will carry out fighter jet operations from four airports in the north-east and two in West Bengal as part of training to familiarise pilots in coordinating with civilian operators.

The heavy multirole Sukhoi-30MKIs and the advanced trainer Hawk Mk. 132 will participate in the exercise to be conducted by the Eastern Air Command based in Meghalaya's capital Shillong.

The fighter jets will land at and take-off from airports in Dimapur, Imphal, Guwahati, Pasighat, Andal and Kolkata.

The aim of the exercise, which is routinely carried out, is to strengthen air operations from dispersed locations in case of hostilities. The pilots and the support crew will work to familiarise themselves with fighter operations from these airports. The Sukhoi-30MKI is a heavy multirole fighter jet

The IAF has been practising on its capability to operate from unconventional 'airfields'. About a dozen highways across India that are wide enough and have a smooth road surface for fighter jet landings have been identified to be used in case of emergencies including disaster relief and war.

The Eastern Air Command was set up after threat perception arose due to the Chinese occupation of Tibet, the IAF says on its website.

"...The No. 1 Operational Group was upgraded to Eastern Air Command on December 1, 1959 at Calcutta (now Kolkata). During the Indo-China conflict of 1962, practical experience highlighted the difficulty of Kolkata being the location of Eastern Air Command. In order to have more effective operational control over the region of the north-east, the Command Headquarters was shifted to Shillong on June 10, 1963," the IAF says on its website.