The ASEAN, in its outlook, also saw the Indo-Pacific a region of dialogue and cooperation instead of rivalry, besides envisaging development and prosperity for all. 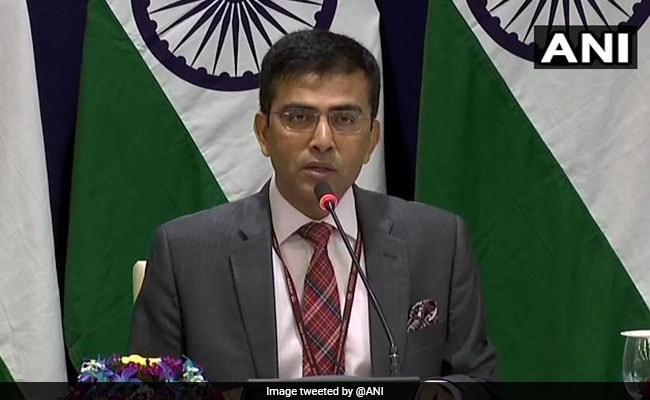 Look forward to discussing the Indo-Pacific with our ASEAN Partners," MEA spokesperson said

Welcoming ASEAN's outlook on the Indo-Pacific, India said on Wednesday that it sees important elements of convergence with its own perspective on the region.

The ASEAN or Association of Southeast Asian Nations, on Sunday, officially disclosed its outlook for the Indo-Pacific region, viewing the Asia-Pacific and Indian Ocean regions not as contiguous territorial spaces, but as a closely integrated and interconnected region.

The regional grouping, in its outlook, also saw the Indo-Pacific a region of dialogue and cooperation instead of rivalry, besides envisaging development and prosperity for all.

"Given our Prime Minister's enunciation at the Shangri-La Dialogue in June 2018 of a free, open, inclusive and rules-based Indo-Pacific, of which India is an important part, we warmly welcome ASEAN's decision to articulate its own views of the concept," said Raveesh Kumar, the Ministry of External Affairs spokesperson, in response to a query on India's view on the ASEAN Outlook announced on June 24.

"While we are studying the ASEAN perspective closely, we see important elements of convergence with our own views, especially from the standpoint of principles, as well as its approach and ASEAN's listing of areas of cooperation. We look forward to exchanging views on the Indo-Pacific with our ASEAN Partners," he added.