India To Buy First US Armed Drones At $3 Billion To Counter China, Pak

The South Asian nation will approve next month the $3 billion purchase of 30 MQ-9B Predator drones manufactured by San Diego-based General Atomics, the officials said, asking not to be identified speaking with the media. 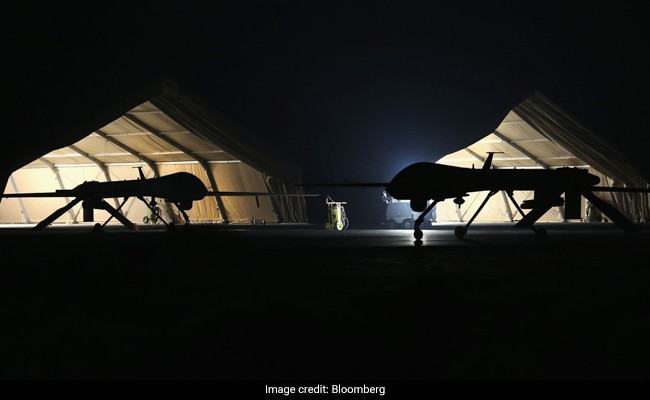 India is emerging as a strategic defense partner for US, particularly in countering Chinese influence.

India plans to buy 30 armed drones from the U.S. to boost its sea and land defenses as tensions persist with neighbors China and Pakistan, according to officials with knowledge of the matter.

The South Asian nation will approve next month the $3 billion purchase of 30 MQ-9B Predator drones manufactured by San Diego-based General Atomics, the officials said, asking not to be identified speaking with the media. The deal would add to India's military capabilities as the drones it has now can only be used for surveillance and reconnaissance.

India is emerging as a strategic defense partner for the U.S., particularly in countering Chinese influence in the Indian Ocean and some areas of Southeast Asia. Prime Minister Narendra Modi's government is in the midst of a 10-year, $250 billion military modernization.

U.S. Defense Secretary Lloyd Austin is expected to visit India this month, according to local media, while President Joe Biden will soon join counterparts from India, Japan and Australia in the first-ever meeting of the "Quad" bloc. The leaders will meet virtually on March 12, according to an announcement posted on the Indian government's website, which said they would discuss issues including supply chains, maritime security and climate change.

The MQ-9B drone can fly for about 48 hours and carry a payload of about 1,700 kilograms (3,700 pounds). It will give the Indian Navy the ability to better monitor Chinese warships in the southern Indian Ocean, and equip the army to engage targets along the disputed India-Pakistan border in the Himalayas.

Last year, India leased two unarmed MQ-9 Predators as border tensions with China threatened to spin into a full-blown conflict. In the end they weren't deployed after the Air Force expressed apprehension about drones manned by U.S. personnel flying over the border.