The 25 crew members of Philippine, Chinese, Indian and Russian nationality on the ship have been rescued. 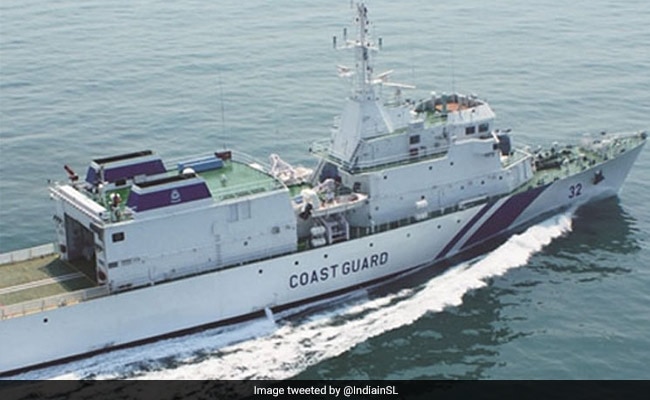 India has dispatched two Coast Guard vessels and an aircraft to help the Sri Lankan Navy douse the flames on a container ship that caught fire off the coast of Colombo last week, amid intensified efforts by the coastal command to extinguish the fiery wreckage.

The cargo vessel, "X-PRESS PEARL", was carrying a consignment of chemicals and raw materials for cosmetics from Hazira in Gujarat to the Colombo Port. It caught fire 9.5 nautical miles from the coast where it was anchored outside the port of Colombo on May 20.

The Indian High Commission in a tweet on Tuesday said, "Help on way! Responding promptly as ever to the request by Sri Lanka, India dispatches ICG Vaibhav, ICG Dornier and Tug Water Lilly for fighting the fire".

Help on way! Responding promptly as ever to the request by #SriLanka, #India dispatches #ICGVaibhav, #ICGDornier and Tug Water Lilly for fighting the fire on MV X Press Pearl off Colombo.@MFA_SriLankapic.twitter.com/x9D9XyrkyJ

A major operation was launched to extinguish the flames of the ship. A special team of the Sri Lankan Navy, Sri Lanka Ports Authority and Marine Environment Protection Authority reached the fire-hit container ship on May 21.

Officials said a loud explosion was heard on Tuesday morning, possibly the fire remained in the sub sections of the vessel where a load of nitric acid was stored.

The Sri Lankan Navy, in a statement released on Tuesday, confirmed the forthcoming Indian assistance.

The fire was made worse by the strong winds.

"However, the crew of the ship and the members of the emergency response team have been safely brought ashore as of now," it said.

It said that due to rough seas and bad weather, the ship is now tilted to the right. As a result, some of the containers on board have tumbled to the sea and some have sunk.

The Navy said it has warned the fishing community to stay away.

As the ship was carrying chemicals, the Marine Environment Pollution Authority warned the public not to touch or open any material or packages from the ship that could be floating around the western coastal areas of Colombo and Negombo.

The Navy said efforts are underway to completely extinguish the flames.

Eight cargo containers fell into the sea during the operations, officials said.

Tug boats have been deployed to reduce the heat surrounding the container, the Navy said. The Sri Lankan Air Force was pressed into service with a helicopter.

The vessel is registered under the flag of Singapore.