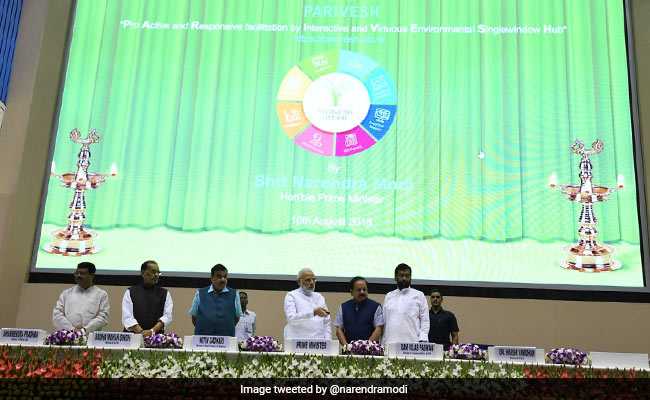 India expects to save up to Rs 12,000 crore in foreign exchange over the next four years through blending ethanol in petrol, Prime Minister Narendra Modi said on Friday.

"India has saved forex worth Rs 4,000 crore in the last financial year due to savings from ethanol blending programme. The government aims to increase these savings to Rs 12,000 crore per annum over the next four years," he said".

"Biofuel" can help reduce import dependency on crude oil. It can contribute to a cleaner environment, generate additional income for farmers and create rural employment. Biofuels have synergies with various initiatives, including raising farmers incomes and the Swachh Bharat programme.

Noting that India aims to produce around 450 crore litres of ethanol in the coming four years, the Prime Minister pointed to the other benefits of biofuel production.

"We also aim for an earning of Rs 20,000 crore solely through conversion of sugarcane to ethanol. This amount will aid the income of farmers. The government is also working to raise our capacity to convert agrarian produce such as potato and agrarian waste to ethanol," he said.

It is in this direction that the government had approved the National Policy on Biofuels in June plans to invest Rs 10,000 crore to build 12 biofuel refineries, PM Modi said.

"These refineries would provide around 1,500 jobs each and 1.5 lakhs jobs in all," he said.