India Preps To Vaccinate 300 Million, Size Of US Population, By July

India COVID-19 Vaccination: The first to get one of two vaccines will be 30 million health and other frontline workers, followed by people aged over 50 or deemed high-risk all over country. 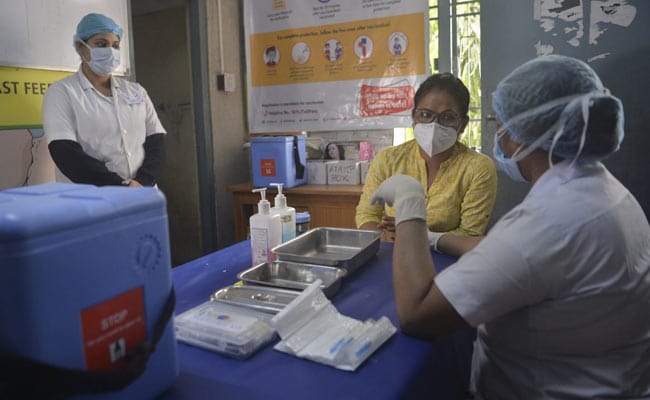 India aims to begin vaccinating its 1.3 billion people against coronavirus from Saturday, a colossal and complex task compounded by safety worries, shaky infrastructure and public scepticism.

In one of the world's biggest rollouts, the second-most populous nation hopes to inoculate 300 million people -- equal almost to the entire US population -- by July.

The first to get one of two vaccines, granted "emergency approval", will be 30 million health and other frontline workers, followed by around 270 million people aged over 50 or deemed high-risk all over the nation.

About 1,50,000 staff in 700 districts have been specially trained, and the country has held several dry runs involving mock transportation of vaccines and dummy injections.

Authorities will use the experience from conducting elections in the world's biggest democracy, and from regular child immunisation programmes for polio and tuberculosis.

Regular child inoculations are a "much smaller game" and vaccinating against COVID-19 will be "deeply challenging", said Satyajit Rath from the National Institute of Immunology.

The two vaccines approved by India -- AstraZeneca's Covishield, made by the Serum Institute, and Bharat Biotech's Covaxin -- need to be kept refrigerated at all times.

India has four "mega depots" to take delivery of the vaccines and transport them to state distribution hubs in temperature-controlled vans, but the final leg will be tough.

In one recent exercise in rural Uttar Pradesh -- where summer temperatures exceed 40 degrees Celsius -- a health worker was pictured transporting boxes of dummy vials on his bicycle.

In Kashmir, currently being pummelled by snowstorms, databases of priority groups -- and of staff to administer the vaccines -- were still being prepared last week, officials said.

During the last dry run on Friday, workers at one health centre in Bengaluru had to use a cellphone hotspot to go online because their network was down.

There are also concerns about the government's aim to manage the entire process digitally via its own app, CoWIN -- of which several fake versions have already been reported.

As of Monday, it also remained unclear whether the government has yet to agree a price per jab with the Serum Institute.

Tens of millions of shots are reportedly sitting at Serum's factory in Pune waiting for an agreement before a fleet of refrigerated trucks can take them to the airport.

More than 1,50,000 Indians have died from COVID-19 and the economy is one of the worst-hit worldwide, with millions losing their livelihoods.

"I look forward to getting the vaccine and living without fear and the mask all the time," migrant worker Shatrughan Sharma, 43, told AFP in New Delhi.

"The last year was very tough for us."

But like in other countries, there is scepticism about the vaccine, fuelled by a torrent of misinformation online.

Public trust was not helped by Bharat Biotech's indigenous vaccine being controversially given "restricted approval" without data from Phase 3 human trials.

Plans by Serum to sell the AstraZeneca jab privately to individuals in the country and firms for 1,000 rupees has also raised fears that the rich will get inoculated sooner.

"There will be a long wait for poor people like me as the rich and well-off will get it first," Suresh Paswan, a rickshaw puller in Patna told AFP.