India-New Zealand Talks: The topics discussed by the two sides included defence and security, trade and investment, and space, among others. 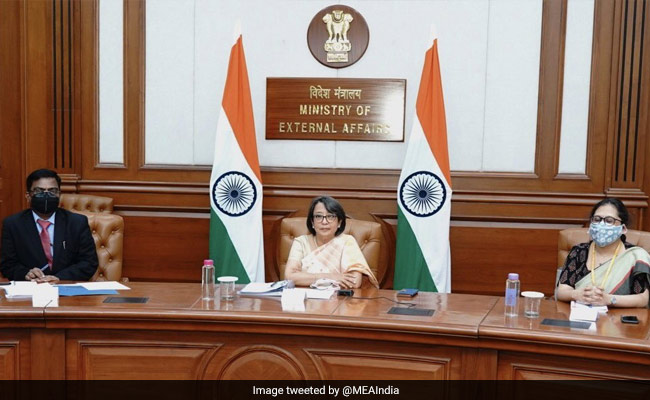 India and New Zealand on Tuesday carried out a comprehensive review of the bilateral ties and decided to enhance the depth and momentum of engagement in areas of defence and security, counter-terrorism, cybersecurity and climate change.

At a virtual meeting held under the framework of India-New Zealand foreign office consultations, the two sides also discussed issues relating to access to vaccines and medicines to contain the coronavirus pandemic globally, the Ministry of External Affairs (MEA) said.

Both sides exchanged views on various regional issues and reiterated the importance of closer cooperation for a rules-based international order and a free, open and inclusive Indo-Pacific region, it said.

"Comprehensively reviewing ongoing bilateral cooperation, both sides discussed the steps to be taken to enhance the depth and momentum of engagement in different areas including defence and security, trade and investment, space, counterterrorism, cybersecurity, disarmament and climate change, and for strengthening people-to-people ties," the MEA said.

"They also discussed ways to strengthen coordination in multilateral and regional fora," it said in a statement.

The Indian delegation at the third Foreign Office Consultations was led by Riva Ganguly Das, Secretary (East) in the MEA.

The New Zealand side was headed by Mark Sinclair, Deputy Secretary, Americas and Asia Group, in the Ministry of Foreign Affairs and Trade.

The previous round of consultations had taken place on February 5, 2019, in New Delhi.

"The consultations were held in a friendly and cordial atmosphere. Both sides agreed to hold the next consultations at a mutually convenient date," the MEA said.