Both leaders strongly condemned the use of double standards in addressing the menace of terrorism. 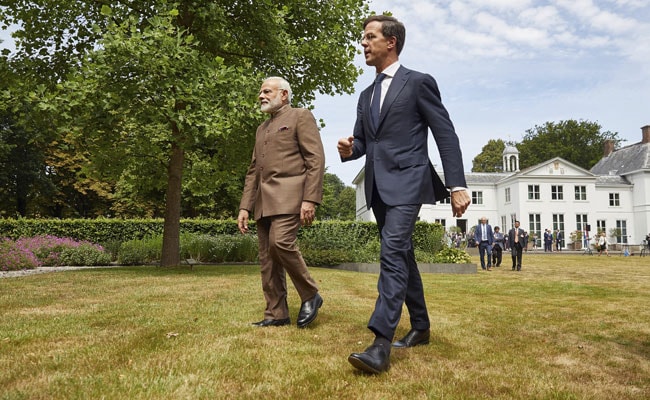 The Hague: India and the Netherlands today strongly condemned the use of double standards in addressing the menace of terrorism, saying there can be no justification for acts of terror on any grounds. Expressing concern about the serious and grave threat posed by the spread of terrorism and violent extremism to both the countries and the world, Prime Minister Narendra Modi and his Dutch counterpart Mark Rutte reaffirmed their commitment to combat terrorism and prevent radicalisation that could lead to violent extremism.

In a joint communique after their bilateral meeting, they also and reiterated the need for a unified and collective effort by the international community to eliminate terrorism through a holistic approach.

The two prime ministers stressed that there can be no justification for acts of terror on any grounds whatsoever - agreeing that there should be zero-tolerance on terrorism, the statement said.

They affirmed that the fight against terrorism should "not only seek to disrupt and bring to justice terrorists, terror organisations and networks, but should also identify, hold accountable and take strong measures against all those who encourage, support and finance terrorism, provide sanctuary to terrorists and terror groups and falsely extol their virtues".

Both leaders strongly condemned the use of double standards in addressing the menace of terrorism and agreed to strengthen cooperation in combating terrorism both at the bilateral level and within the multilateral system.

Promoted
Listen to the latest songs, only on JioSaavn.com
In this regard, they called for early conclusion of negotiations on the Comprehensive Convention on International Terrorism, the statement said.

PM Narendra Modi is in the Netherlands on the last leg of his three nation tour that included Portugal and the US.