India Lights Lamps To Show Unity In Fight Against COVID-19

Coronavirus: PM Modi called for lights to be turned off and lamps to be lit for nine minutes

Millions of people switched off non-essential lights and lit diyas (earthen lamps) and candles in their balconies and verandas on Sunday night following a call last week from Prime Minister Narendra Modi to "challenge the darkness spread by the coronavirus crisis", which has crossed 4,000 cases nationwide and been linked to the deaths of at least 109 people.

As the clock struck 9 pm tens of thousands of diyas, a traditional lamp usually seen during Diwali and other festive occasions, were lit as people wearing face masks burst firecrackers, blew conches (horns) and shouted and cheered in response to the Prime Minister's call.

Spiritual slogans and chants of "Bharat Mata ki Jai" were heard as well.

In Gujarat, the Prime Minister's mother, 93-year-old Hiraben also joined in, lighting an earthen lamp after turning off all the lights in her home. 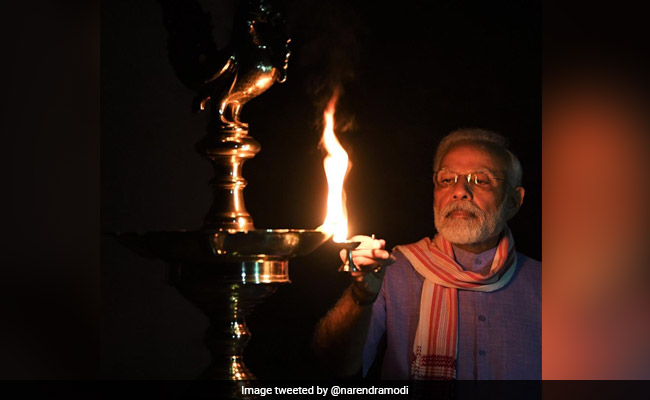 PM Modi lit a lamp at his official residence

The entire event led to #9MinutesForIndia emerging as one of the top trends on Twitter. 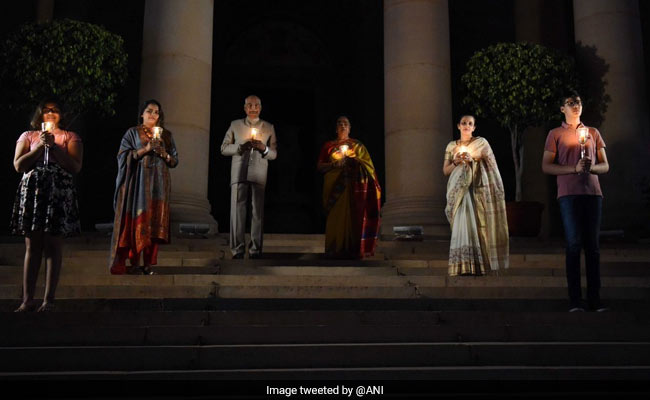 Interestingly, although the country is under the Prime Minister's "total lockdown" and only shops selling essential items are allowed to function, a number of makeshift roadside shops and carts sold diyas at various places across the country on Sunday.

It is unclear where the firecrackers were purchased from, since these too are not on the list of essential items.

On Friday the Prime Minister had urged people to turn off lights, stand in their balconies and hold candles, diyas, and even mobile phone flashlights, for nine minutes in a nationwide show of solidarity.

The Prime Minister's request sparked fears among state electricity boards that the sudden mass power fluctuations - as millions switched off and switched lights back - could overload the system.

The Union Power Ministry subsequently issued a statement allaying such fears. Nevertheless, state power boards had asked workers to be on stand-by.

Fortunately, no major power outages or blackouts were reported.

According to RK Singh, Minister of State for Power, nationwide demand for electricity went down by 32,000 MW between 8.49 pm and 9.09 pm. It began increasing after that but did so in a phased manner, meaning power supply was kept stable.

Across India at least 109 deaths have been linked to the novel coronavirus, with 32 deaths and 693 new cases reported in the past 24 hours alone. The latest figures from the Union Health Ministry take the takes the total number of COVID-19 cases in the country to 4,067 cases.

This is for the fourth consecutive day that India has registered an increase of 500-plus cases The nation went under the "total lockdown" on March 25 in an attempt to break the chain of transmission of the virus.

Worldwide 1.3 million people have been infected and nearly 70,000 killed.