It is learnt that Mr Singh also apprised Ms Parly on India's four-month-long border row with China in eastern Ladakh. 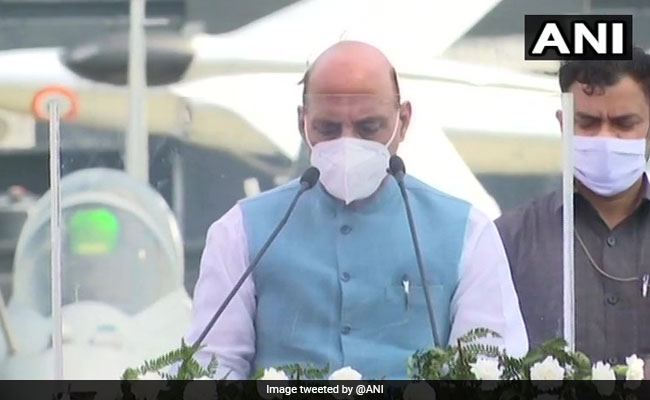 Defence Minister Rajnath Singh and his French counterpart Florence Parly on Thursday held extensive talks during which they vowed to step up cooperation in the Indian Ocean, a region which is witnessing rising Chinese military posturing.

It is learnt that Mr Singh also apprised Ms Parly on India's four-month-long border row with China in eastern Ladakh.

The two ministers emphasised the need to work closely keeping in view the joint strategic vision of India-France cooperation in the Indian Ocean region, the sources said.

The talks took place at Ambala Air Force station after a ceremony marking induction of five Rafale jets into the Indian Air Force.

Mr Singh and Ms Parly held a brief conversation at the Air Force station in Palam in Delhi shortly after her arrival on Thursday morning.

The Indian Navy has significantly expanded its deployment in the Indian Ocean Region, stationing a plethora of warships and submarines following the border row in eastern Ladakh to send across a message to Beijing.

The maritime space around the Malacca Strait is very critical for China's supply chain through sea routes.

In her brief address at the ceremony, Ms Parly said France is fully committed to integrate the Indian defence industry with France's global military supply chain, while calling the induction of the Rafale jets into the IAF a new chapter in bilateral defence ties.

"The strategic partnership between France and India is based on common values and friendship forged over several decades," she said.

"Since India's independence, our two democracies have been cooperating very closely. France has always stood beside India in good and bad times," she said.

Woman Dies By Suicide After Boyfriend Blocks Her On WhatsApp: Cops