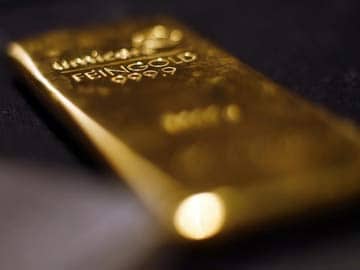 Gold bars are stacked at a safe deposit room of the ProAurum gold house in Munich on March 6, 2014.

New Delhi: India is scrambling to crack down on a new gold smuggling tactic that it fears could accelerate a flood of illegal imports of the precious metal into the world's second-biggest buyer.

India - whose appetite for gold is only rivalled by China - last year imposed a record 10 per cent import duty and made it mandatory to export a fifth of all bullion imports, seeking to curb bullion demand that has blown out the trade deficit.

With the lure of big profits from avoiding duty, smugglers have come up with innovative ways to bring in gold ranging from swallowing nuggets to hiding bars in dead cows.

In the latest smuggling case, a gold exporting firm attempted to use a tax-free special economic zone to try to bypass restrictions and sell to the local market.

The scam was uncovered after police stopped a car trying to take 25 gold bars, worth about $1 million, out of a tax-free special economic zone in Surat in June to sell to the domestic market, according to a government document seen by Reuters. The owner of the firm was arrested.

The new government of Prime Minister Narendra Modi had been expected to loosen the policies, but its first Budget maintained the tough stance.

The June arrest was the first time authorities had seized gold being smuggled out of a special economic zone, according to a government source, and appears to reveal a more sophisticated scam to get gold into the local market.

"We had intelligence report and intercepted the car, with the manager of the firm in it. The manager said the gold was concealed by the proprietor of the firm," said another senior government official with direct knowledge of the case, adding that the gold was to be illegally sold in the domestic market.

The ministry of commerce, which is in charge of special economic zones, did not reply to requests for comment.

Illustrating the extent of smuggling, India's junior civil aviation minister said this week staff of the national carrier, Air India, had been found smuggling in gold in 13 instances in the last few years.

But special economic zones could be especially vulnerable since exporters do not pay duty to bring gold into India, and thus can make a huge profit by diverting supplies to the domestic market. There are 185 such zones in India.

Last year's restrictions on imports have curbed supply and pushed up domestic premiums - the difference between local and global prices - to a record $160 or 9800 rupees an ounce last December.

One of the government sources said that others are likely to be using special economic zones to bring in gold.

Promoted
Listen to the latest songs, only on JioSaavn.com
"After all how would you know if somebody is taking out gold in their cars?"

To account for the disappearance of the gold, exporters are likely to be using either fake receipts or imitation copper jewellery, according to the official.
© Thomson Reuters 2014