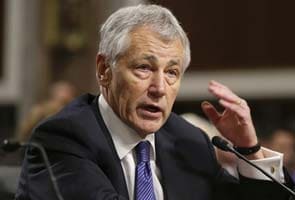 New Delhi/Washington: India has sharply rejected that it "financed problems" in Afghanistan to create trouble for Pakistan, as alleged by Chuck Hagel, who was confirmed on Tuesday as the next US Defense Secretary. Mr Hagel is expected to be sworn in on Wednesday.

"Such comments attributed to Senator Hagel, who has been a long-standing friend of India and a prominent votary of close India-US relations,  are contrary to the reality of India's unbounded dedication to the welfare of the Afghan people" a statement by the Indian embassy in Washington clarified.

The contentious remarks are part of a speech by Mr Hagel in 2011 which was uploaded recently by an online newspaper.

"India for some time has always used Afghanistan as a second front, and India has over the years financed problems for Pakistan on that side of the border"," Mr Hagel said. "And you can carry that into many dimensions, the point being [that] the tense, fragmented relationship between Pakistan and Afghanistan has been there for many, many years," Mr Hagel said.

Promoted
Listen to the latest songs, only on JioSaavn.com
The video was sent by the office of powerful Republican Senator John Cornyn to top leaders of the Indian American community. "In light of our shared interest in the US-India relationship, thought you would want to see this," said the email sent by Mr Cornyn's office with the video.

As Nebraska Senator for two terms from 1997 to 2009, Mr Hagel was a member of the Senate Foreign Relations Committee, frequently travelled to South Asia and voted in favour of the historic India-US civilian nuclear deal.