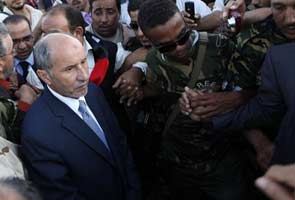 New Delhi: India today said it supports the Transitional National Council (TNC) of Libya and expressed its willingness to extend all possible assistance to the Libyan people in their political transition, rebuilding and reconstruction activities.

"India extended support to the acceptance of credentials of the delegation of the Transitional National Council of Libya led by its President Mustafa Abdel Jalil to attend the forthcoming UN General Assembly session in New York," the Ministry of External Affairs said in New Delhi in a statement.

India has been in contact with the TNC in Benghazi and Cairo and has also participated as an observer in the Libyan Contact Group meeting in Istanbul in July and recently at the MoS level at the Paris Conference on Libya jointly organized by France and UK on September 1, it said.

India will also be participating in the high-level meeting on Libya scheduled to be held on the margins of the UNGA on September 20, called by the UN Secretary General, the statement said.

"In this meeting, India will reiterate its willingness to extend all possible assistance to the people of Libya in their political transition, rebuilding and reconstruction activities," the MEA said, adding that "Our Charge d'Affairs to Libya, currently based in Tunis, has formally established contact with the TNC Mission in Tunis.''

Promoted
Listen to the latest songs, only on JioSaavn.com
Indian has given humanitarian assistance worth $1 million through UN-OCHA to Libya and assistance of another $2 million is being processed, the ministry noted.