These would be the most significant free trade agreements (FTAs) for India as the European Union is India's second-largest trading partner after the US. 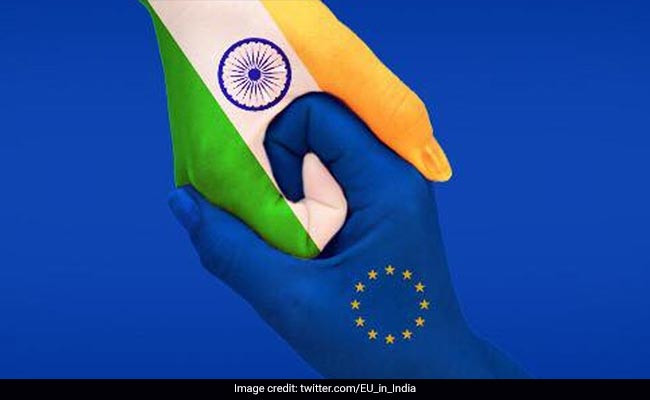 The negotiations between India and the EU are scheduled to begin on June 27. (Representational)

India and the European Union (EU) have re-launched negotiations for free trade agreement (FTA) after a 9-year lull, the Ministry of Commerce & Industry said on Saturday.

The negotiations were re-launched at an event held at the European Union headquarters in Brussels on June 17. India's Commerce and Industry Minister Piyush Goyal, and Valdis Dombrovskis, Executive Vice-President of the European Commission, formally re-launched the India-EU Free Trade Agreement (FTA) negotiations.

Besides, negotiations were also launched for a stand-alone Investment Protection Agreement (IPA) and a Geographical Indicators (GIs) Agreement, the Ministry of Commerce & Industry said in a statement.

The first round of India-EU free trade agreement negotiations is scheduled to begin in New Delhi on June 27.

This would be one of the most significant FTAs for India as the EU is its second-largest trading partner after the US. The India-EU merchandise trade has registered an all-time high value of $116.36 billion in 2021-22 with a year-on-year growth of 43.5 per cent. India's export to the EU jumped 57 per cent in FY 2021-22 to $65 billion. India has a surplus trade with the EU.

During India-EU Leaders' meeting held in Porto on 8th May 2021, an agreement was reached for resuming negotiations for a balanced, ambitious, comprehensive, and mutually beneficial FTA and starting fresh negotiations on the IPA and a separate agreement on GIs.

"Both partners are now resuming the FTA talks after a gap of about nine years since the earlier negotiations were left off in 2013 due to difference in the scope and expectations from the deal," India's Ministry of Commerce and Industry said.

Considering that both partners have similar fundamental values and common interests and are two of the largest open market economies, the trade deal will help to diversify and secure the supply chains, boost economic opportunities for our businesses, and bring significant benefits to the people. Both sides are aiming for the trade negotiations to be broad-based, balanced, and comprehensive, based on the principles of fairness and reciprocity. There will also be discussions on resolving the Market Access Issues which are impeding the bilateral trade.

While the proposed IPA would provide a legal framework for cross-border investments to enhance the confidence of investors, the GI pact is expected to establish a transparent and predictable regulatory environment, to facilitate the trade of GI products including handicrafts and agri-commodities.

India earlier this year has concluded FTAs with Australia and the UAE in a record time. The FTA talks with Canada and the UK are also underway. The FTA negotiations are part of India's broader strategy to forge balanced trade agreements with key economies and revamp existing trade pacts to improve trade and investment.