India Election results 2019: According to the leads in the first two hours of counting, BJP crosses the 320 mark on its own and was as 322, while the Opposition Congress was at 111. 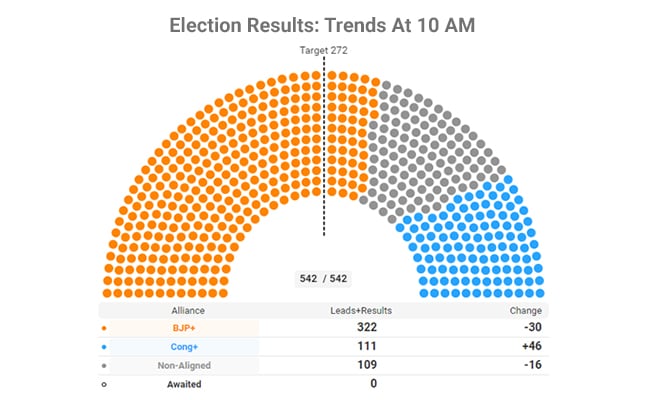 Final election results are expected by evening. Counting of votes is underway.

As the counting of votes for general elections is underway, the result trends are coming in. The counting began at 8 am today and by 10 am, all the leads were in. According to the leads in the first two hours of counting, BJP and its allies crossed the 320 mark on its own and was as 322, while the Opposition Congress and allies were at 111. The non-aligned parties were at 109. The counting is underway and the final results are expected by the evening.

Assembly Election Trends at 10 am: 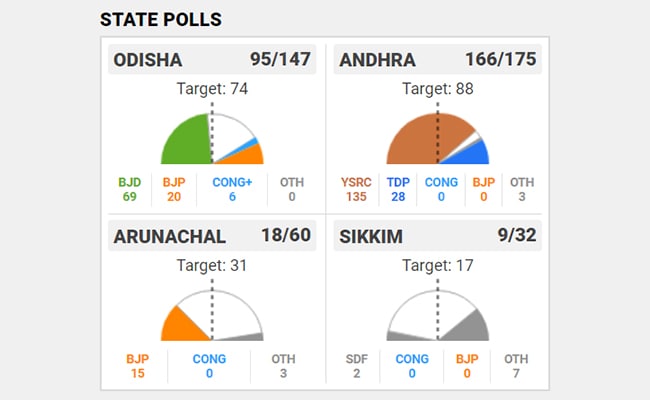 At 10 am in Arunachal Pradesh, leads for 18 seats were in in which BJP was leading on 15 seats.

The national election was held in seven phases. It began on April 11 and concluded on May 19. Over 2,000 parties and 8,000 candidates are in contest for 543 seats. This time however, counting of votes will take place for 542 constituencies because elections in Tamil Nadu's Vellore had been cancelled by the Election Commission after a large amount of cash was seized during a raid. This election will choose the 17th Lok Sabha. The members of the largest party or coalition will then choose the Prime Minister. India has seen 16 general elections since independence in 1947. Around 90 crore people are eligible voters, among these, around 15 crore will be first-time voters.