The MEA spokesperson also refrained from commenting on being asked about Pakistan Prime Minister Imran Khan's remarks on PM Modi. 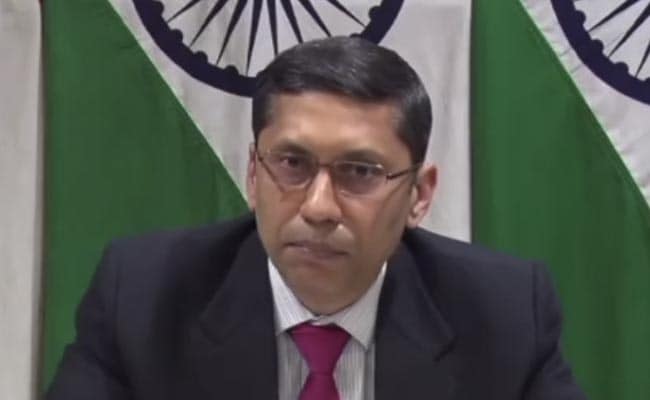 Ministry of External Affairs (MEA) spokesperson Arindam Bagchi on Thursday refused to comment on the ongoing political turmoil in Pakistan, saying India does not comment on the internal matters of a country.

Responding to a question regarding Pakistan's political developments during the MEA briefing, Mr Bagchi said, "This is their internal matter, I actually have no comments to offer as of now. We are watching the developments but we don't comment on internal matters."

On being asked about Pakistan Prime Minister Imran Khan's remarks on Prime Minister Narendra Modi, Mr Bagchi refrained from making any comments saying that the remarks were made in the context of domestic political developments and does not have anything to do with foreign policy.

Pakistan opposition parties on Wednesday said that the rejection of the no-confidence motion against the Imran Khan government by the National Assembly Deputy Speaker is an "attack on Parliament".