India Dismisses Chinese Objections On Joint Military Exercises With US

"India exercises with whomsoever it chooses to and we do not give veto to third countries on this issue," the foreign ministry said 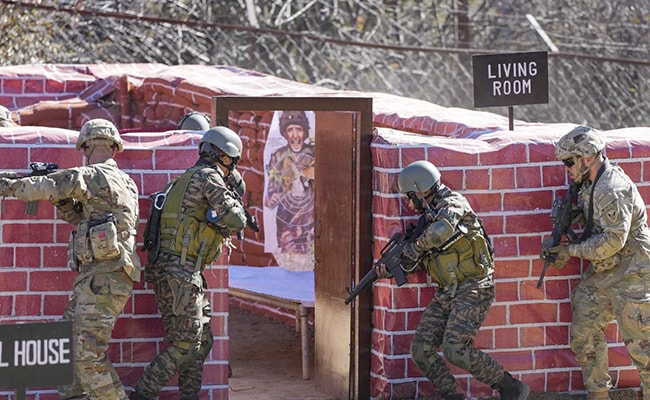 India today said it would not allow "anybody to veto" the ties with US, dismissing China's objections to the ongoing joint military exercises in Uttarakhand's Auli. "India exercises with whomsoever it chooses to and we do not give veto to third countries on this issue," a foreign ministry spokesperson told reporters this evening.

External Affairs Ministry spokesperson Arindam Bagchi said the joint exercises with the US in Auli has "nothing to do with the 1993 and 1996 agreements" with China.

"But since these were raised by the Chinese side, let me emphasise that the Chinese side needs to reflect and think about its own breach of these agreements of 1993 and 1996," Mr Bagchi said, responding to questions on the issue.

The 1993 agreement with Beijing deals with maintaining peace and tranquility along the Line of Actual Control with China and the adjacent areas. The 1996 pact was about confidence building measures.

India is currently holding its 18th joint military exercise with the US -- "Yudh Abhyas" -- in Uttarakhand, around 100 km from the Line of Actual Control.

Yesterday, China raised objections to the exercises, declaring that it violates the spirit of the two border agreements with Beijing.

"The joint military exercise between India and the US close to the LAC at the China-India border violates the spirit of the agreement between China and India in 1993 and 1996," news agency Press Trust of India quoted Chinese Foreign Ministry spokesman Zhao Lijian saying at a media briefing.

"It does not serve the mutual trust between China and India", he said in response to a question posed by a correspondent from Pakistan, PTI reported.