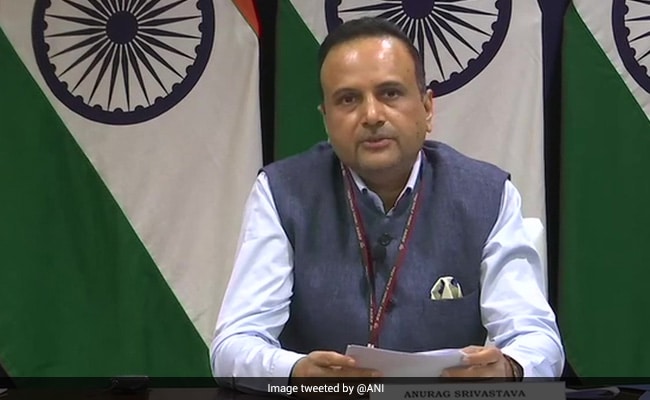 India described Nepal Prime Minister KP Sharma Oli's sudden decision to dissolve Parliament and call for fresh elections as an "internal matter" that is for the country to decide as per its democratic processes.

In a guarded reaction to political developments in Nepal, India said it will continue to support the neighbouring country and its people in moving forward on the path of peace, prosperity and development.

"We have noted the recent political developments in Nepal. These are internal matters for Nepal to decide as per its democratic processes," External Affairs Ministry Spokesperson Anurag Srivastava said.

He was asked to comment on the fast-paced political developments in Nepal.

"As a neighbour and well-wisher, India will continue to support Nepal and its people in moving forward on the path of peace, prosperity and development," he said.

The decision drew sharp protests from a section of the ruling Nepal Communist Party (NCP) as well as various opposition parties including Nepali Congress.

The "Prachanda"-led faction of the ruling party on Wednesday elected him as the new parliamentary leader, replacing Prime Minister Oli.

The political developments took place in Nepal at a time its ties with India appeared to be back on track following the recent visits to the country by Army Chief Gen MM Naravane and Foreign Secretary Harsh Vardhan Shringla.

The ties between India and Nepal came under strain after Defence Minister Rajnath Singh inaugurated an 80-km-long strategically crucial road connecting the Lipulekh pass with Dharchula in Uttarakhand on May 8.

Nepal protested the inauguration of the road claiming that it passed through its territory. Days later, Nepal came out with the new map showing Lipulekh, Kalapani and Limpiyadhura as its territories. India reacted sharply to the move.

In June, Nepal's Parliament approved the new political map of the country featuring areas which India maintains belong to it. Asked about Pakistan Prime Minister Imran Khan's claim that India could launch a "false flag operation" against his country, Mr Srivastava called it "fictitious."