Troops of India and China were locked in a standoff in Doklam from June 16, 2017 after the Indian side stopped the building of a road in the disputed area by the Chinese Army. 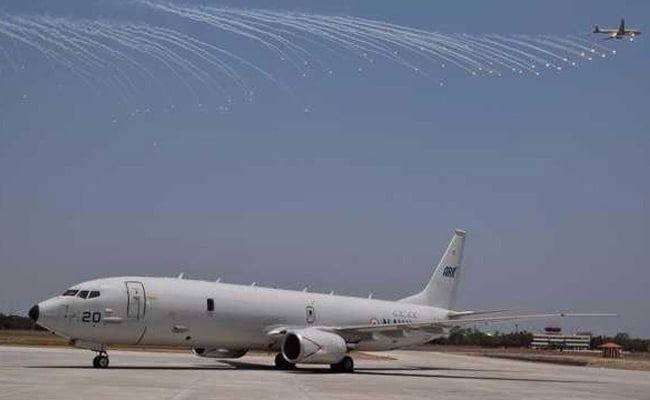 P-8I, based on Boeing next-gen 737 commercial airplane, is a variant of P-8A Poseidon used by US Navy

Indian Navy's Poseidon 8I anti-submarine warfare aircraft was deployed to carry out surveillance on movement of Chinese troops during the 73-day-long standoff between India and China in mountainous Doklam.

Chief of Defence Staff Gen Bipin Rawat confirmed the use of the naval aircraft while talking about the need for bringing in tri-services synergy in dealing with national security challenges.

"The P-8I aircraft of Indian Navy was deployed in Doklam (during the face-off)," General Rawat told a group of journalists.

Troops of India and China were locked in a standoff in Doklam from June 16, 2017 after the Indian side stopped the building of a road in the disputed area by the Chinese Army.

The face-off triggered fears of a war between the two neighbours. The standoff ended on August 28, 2017 after over 10 rounds of talks between diplomats of the two sides.

The P-8Is were also deployed to keep an eye on movement of Pakistani troops after the Pulwama terror attack last year.

"The P-8I aircraft were the most potent platform to carry out surveillance -- be it sea or mountains. The aircraft were live-streaming data to support decision making during the Doklam face-off," said defence expert Captain D K Sharma (retired).

Captain D K Sharma (retired) said deployment of the P-8Is signified synergy among the Army and the Navy in dealing with the major crisis.

The P-8I, based on the Boeing next-generation 737 commercial airplane, is a variant of the P-8A Poseidon used by the US Navy.

India was Boeing's first international customer for this aircraft. The first P-8I aircraft was inducted into the Indian Navy in 2013 and, at present, it has a fleet of eight P 8Is.

In 2016, the defence ministry had placed a follow-on order for four additional P-8I, the delivery of which will begin by April 2020.

Last year the government cleared procurement of another batch of six P-8Is.

Arvind Kejriwal Says AAP Will Be Declared "National Party" If...