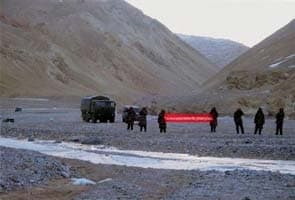 Washington: In light of the recent Chinese incursion in Ladakh, the Pentagon today informed the US Congress that tensions remain between India and China on their long border while noting that Beijing's use of force in territorial disputes has varied throughout its history.

"Despite increased political and economic relations over the years between China and India, tensions remain along their shared 4,057 km border, most notably over Arunachal Pradesh (which China asserts is part of Tibet, and therefore of China), and over the Aksai Chin region at the western end of the Tibetan Plateau," the Pentagon told the Congress in its annual report on China.

While there was no direct reference to the recent incursion by China in Ladakh, the report said both countries in 2009 stepped up efforts to assert their claims.

"China tried to block a 2.9 billion dollars loan to India from the Asian Development Bank, claiming part of the loan would have been used for water projects in Arunachal Pradesh.

This represented the first time China sought to influence this dispute through a multilateral institution," it said.

"The then-governor of Arunachal Pradesh announced that India would deploy more troops and fighter jets to the area. An Indian newspaper reported that the number of Chinese border violations had risen from 180 in 2011 to more than 400 by September 2012," the Pentagon report said.

"China's use of force in territorial disputes has varied throughout its history. Some disputes led to war, such as China's border conflicts with India in 1962 and Vietnam in 1979," it said adding that, "a contested border with the former Soviet Union during the 1960s even raised the possibility of nuclear war."

In more recent times, China has been willing to compromise with and even offer concessions to its neighbours.

Since 1998, China has settled 11 land-based territorial disputes with six of its neighbours, it said.

Promoted
Listen to the latest songs, only on JioSaavn.com
But, several disputes continue over exclusive economic zones (EEZ) and ownership of potentially rich, off-shore oil and gas deposits.