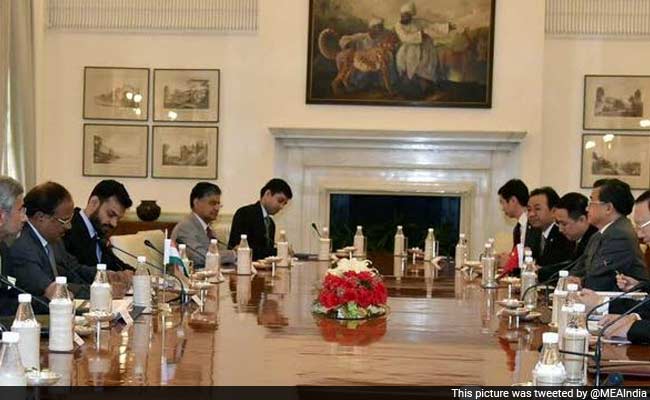 The 18th round of border talks between India and China took place in Delhi across two days.

India and China have emphasised their commitment to arriving at an early resolution of the border disputes between them. The two Asian giants concluded the 18th round of boundary talks in Delhi today. These were the first such talks that are taking place under the government of Prime Minister Narendra Modi.

India was represented at the talks by National Security Advisor Ajit Doval, and China by Special Representative Yang Jiechi. A statement from the Ministry of External Affairs said the Mr Doval and Mr Yang emphasised their commitment to the three-step process to seek a fair, reasonable and mutually acceptable resolution of the border question at an early date.

Both sides also agreed to take necessary steps to maintain peace and tranquility in the border areas, as a pre-requisite for continued growth of bilateral relations.

The talks, which took place across two days, comes ahead of Mr Modi's visit to China, scheduled for May.

Promoted
Listen to the latest songs, only on JioSaavn.com
Previous attempts at resolving the decades-long disputes have been unfruitful, resulting in both countries accusing each other of incursions from time to time.

The disputes between the neigbours is focused on two fronts. These are the Aksai Chin region, which India claims as part of Jammu and Kashmir, and parts of Arunachal Pradesh, which China claims as parts of southern Tibet. The two countries have fought a war, in 1962, over the territorial claims. The talks also come at a time when China is raising objections to a project of the Indian government to improve road infrastructure in the border areas, aimed at improving access for its armed forces. China has already developed a dense network of roads on its side of the border.