India Calls For End To "Pro-Khalistan Activities" In Pakistan Gurdwaras

India submitted a 23-page dossier on anti-India activities to Pakistan during a meeting held to discuss the Kartarpur Corridor project on July 14. 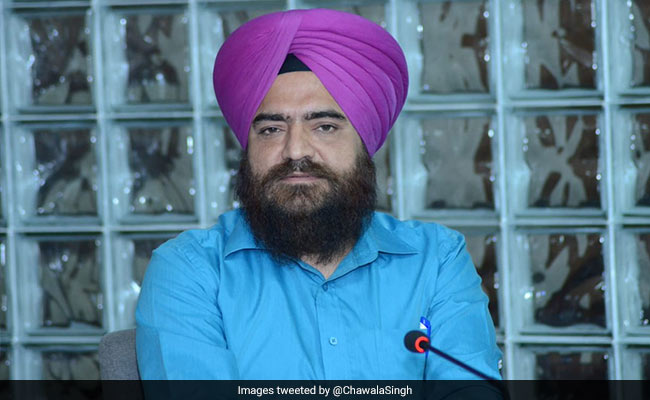 Gopal Singh Chawla was among the pro-Khalistan leaders named in the dossier handed to Pakistan.

New Delhi has accused pro-Khalistan groups of using gurdwaras in Pakistan to promote anti-India activities under the nose of state authorities in a 23-page dossier submitted to Islamabad.

This is just one among a series of radical activities listed in the dossier, which was handed over to the Imran Khan government during a meeting held to discuss the Kartarpur Corridor project on July 14. It also claimed that pro-Khalistan elements operate without any constrains in the neighbouring country. Islamabad, in its response, assured New Delhi that it will not allow anti-india activities on its territory.

The dossier, a copy of which is in NDTV's possession, categorically states that a lot of this propaganda is spread during religious functions organised by the Evacuee Trust Property Board. "Both Pakistan and the forum have been exploited to promote the agenda of Khalistan instead of focusing on the religious discourse," it says.

The dossier provides details of anti-India activities, especially those meant to influence Sikh devotees, with the help of photographs. It also points at the free run given to several pro-Khalistani groups, including the Sikhs For Justice (SFJ), despite their avowed stand against India. The Union Home Ministry had banned the group on July 10.

A few photographs in the dossier showed pro-Khalistan leader Gopal Singh Chawla meeting Hafiz Sayeed, Jaish-e-Mohammad chief and the brains behind the 26/11 Mumbai terror attacks, indicating an understanding between anti-India elements in Pakistan.

The pro-Khalistan activities listed in the dossier date all the way back to 2016. It says that during Guru Nanak's birth anniversary celebrations on November 14 that year, radical Sikh groups had even held meetings aimed at spreading pro-Khalistan propaganda at the Nankana Sahib. The leaders presiding over the meetings were identified as Avtar Singh Sanghera, Manmohan Singh Bajaj, Tara Singh, Joga Singh, Satinder Pal Singh and Gopal Singh Chawla.

The dossier also pointed out that UK-based pro-Khalistan leader Manmohan Singh Bajwa was allowed to address a gathering at the Gurudwara Panaja Sahib on April 14 the following year. "They raised pro-Khalistani slogans even as he unequivocally stated that he was fighting for the cause of Khalistan," it said.

Pro-Khalistan activities further intensified through 2018-19, the dossier claimed. "Jagroop Singh alias Ruoa visited Pakistan along with a Jatha in November 2016, where he was given arms training by fugitive Sikh militant Lakhbir Singh Rode and Harmeet Singh alias PHD to carry out terror attacks in India," it said.