India-Australia Ties: The two sides discussed a range of issues relating to emerging technologies in the cyber domain at the first meeting of the India-Australia Joint Working Group (JWG) on cyber security cooperation, according to the Ministry of External Affairs (MEA). 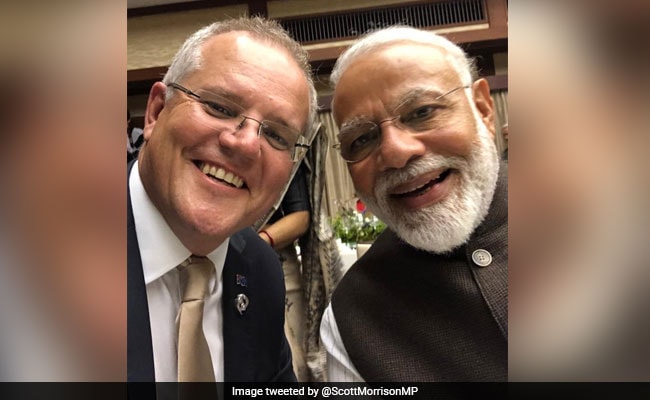 India and Australia on Thursday agreed to broad-base cooperation in the spheres of the digital economy and cyber-enabled critical technologies, noting the need to strengthen the security of critical information infrastructure such as 5G telecom networks.

The two sides discussed a range of issues relating to emerging technologies in the cyber domain at the first meeting of the India-Australia Joint Working Group (JWG) on cyber security cooperation, according to the Ministry of External Affairs (MEA).

The Joint Working Group is a mechanism established under a framework arrangement on the cyber and cyber-enabled critical technology cooperation between the two countries to implement a five-year (2020-25) plan of action.

"Noting the need to strengthen security of critical information infrastructure as well as 5G technology and IoT (internet of things) devices, India and Australia agreed to enhance cooperation with private sector and academia and to work together in skill and knowledge development," the MEA said in a statement.

It said both sides also agreed to strengthen cooperation in the multilateral fora.

There have been growing global security concerns relating to Chinese telecom giant Huawei's 5G networks. Several countries have already banned Huawei, the world leader in telecom equipment, over such concerns.

The virtual meeting of the Joint Working Group took place a year after the two countries elevated their ties to a comprehensive strategic partnership during an online summit between Prime Minister Narendra Modi and his Australian counterpart Scott Morrison.

The MEA said both sides reaffirmed their commitment to work together in the areas of the digital economy, cyber security and critical and emerging technologies as identified by the framework arrangement on cyber and cyber-enabled critical technology cooperation.

"India and Australia shared cyber security threat assessments as well as information on legislation and national cyber strategies," it said.

The MEA said both sides look forward to the next bilateral cyber policy dialogue and an early convening of the inaugural Joint Working Group meeting on information and communication technologies.

The Indian delegation at the meeting was led by Paulomi Tripathi, Director (Oceania) in the MEA, while the Australian side was headed by Rachel James, Special Advisor, Cyber Affairs and Critical Technology at Department of Foreign Affairs and Trade.