Anna Rajam Malhotra joined the civil services in 1951 and opted for the Madras cadre. She then served in the Madras state under Chief Minister C Rajagopalachari 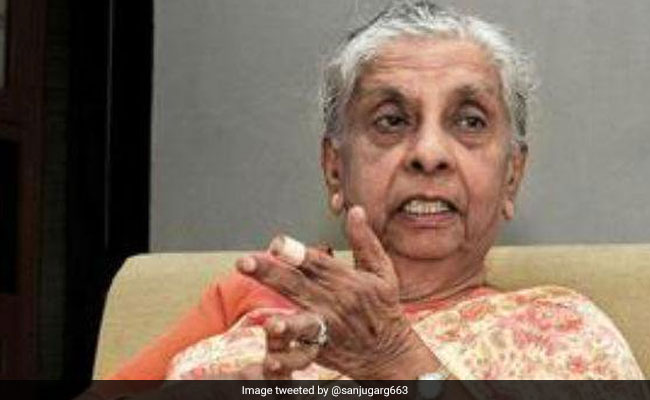 She was 91.The last rites were performed in the city, they said.

She was born as Anna Rajam George in Kerala's Ernakulum district in July 1927. She shifted to Chennai after her schooling in Kozhikode to pursue higher education at the University of Madras.

Ms Malhotra joined the civil services in 1951 and opted for the Madras cadre. She then served in the Madras state under Chief Minister C Rajagopalachari.

She married RN Malhotra, who served as the Governor of the Reserve Bank of India from 1985 to 1990.

She is also known for her contribution in setting up the country's modern port Jawaharlal Nehru Port Trust (JNPT) near Mumbai. She was the chairperson of the JNPT during the execution. Ms Malhotra was given the task of JNPT as a part of her deputation in the Central government.

In 1989, she was honoured with the Padma Bhushan award.

Ms Malhotra had worked under seven chief ministers of Tamil Nadu. She had worked closely with Rajiv Gandhi when he was in charge of the 1982 Asian Games in Delhi. She had served in the personnel section of the Union Home Ministry during her central services, her family sources said.

Post retirement, Ms Malhotra was serving as a director of Hotel Leela Venture Ltd, they added.