Independence Day 2020: This year's Independence Day celebrations will be a severely restricted affair, both in the national capital and across the country, in light of the coronavirus pandemic. At today's dress rehearsal, all guidelines for Covid-19 were followed. 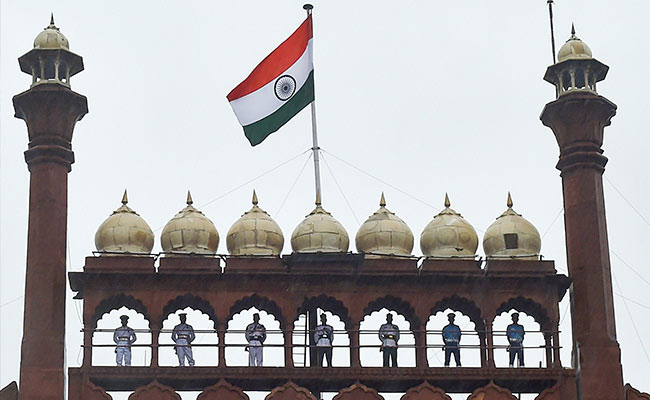 Independence Day 2020: Ahead of the Independence Day on Saturday, a full dress rehearsal was held at the Red Fort in Delhi this morning. Many participants were seen in raincoats as it has been raining in the city since last night. This year's celebration will be a severely restricted affair both in the capital and across the country because of the coronavirus pandemic that has infected over 24 lakh people in India. At the dress rehearsal, Covid-19 precautions like physical distance and face masks were followed, according to officials.

Only soldiers and officers who have either recovered from or have tested negative for Covid-19 will be part of the Independence Day function at the Red Fort. Schoolchildren will not be a part of the event this year. Traffic restrictions are in place in the national capital region for the Independence Day function and the dress rehearsal. The Delhi Police on Tuesday issued an advisory to ensure smooth movement of vehicles across the city. According to the advisory, traffic around the Red Fort, from where Prime Minister Narendra Modi will address the nation on Saturday, will remain closed from 4 am to 10 am and only labelled vehicles will be allowed.

What Independence Day 2020 celebrations will look like, according to sources