"Not Venomous": Man Saves Injured Snake After It Enters School In Indore

"It was a rat snake. It isn't venomous and only bites when you hurt it. But people get scared as it moves very fast," the Income Tax officer said. 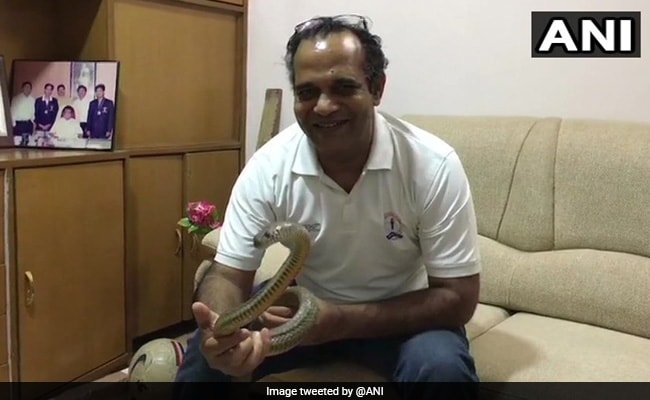 An income tax officer rescued an injured snake that had created panic after it entered a school in Indore on Saturday. Sher Singh, the tax officer, said the workers of the school had thrashed the reptile and poured pesticide on it out of fear.

Mr Singh, who said he's a wildlife lover, intervened and rescued the snake.

"The snake was found in the school. It is a general tendency that people start attacking snakes as soon as they see them. Out of fear, the workers poured pesticides on it," Mr Singh said.

"It was a rat snake. It isn't venomous and only bites when you hurt it. But people get scared because it moves very fast," he added.

The tax officer said he used a straw to pour water into the snake's stomach to cleanse it of the pesticide. "I spoke to an expert, who suggested that I put water in its stomach through a straw. The water helped the snake to vomit, which expelled harmful substances and helped it get back to normal."

Mr Singh then put the reptile inside a bucket of cold water.

He said he has rescued snakes in the past too. "All snakes are not poisonous, and people are unable to recognise the venomous ones and blindly kill them," he added.