In Set Back For P Chidambaram's Family, Court Refuses To Stay Prosecution

P Chidambaram's family have been charged for allegedly not disclosing, a Rs 5.37 crore worth property they jointly own in Cambridge, in the UK. 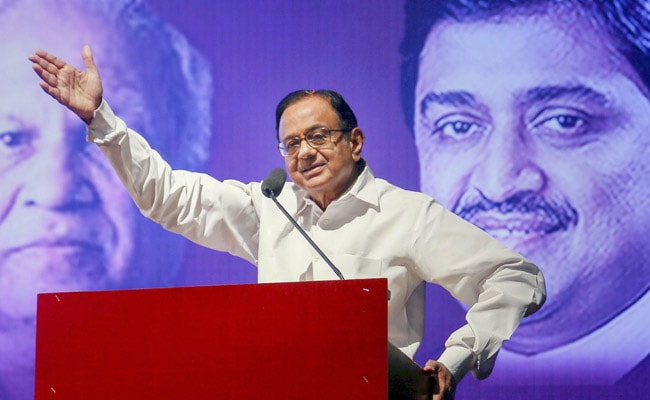 Hearing a petition filed by the three challenging the complaints filed by the Income Tax department in a court in Chennai, Justice S Baskaran rejected their plea for an interim order staying the prosecution proceedings.

After hearing counsels for the petitioners and the I-T department, the Judge issued notice, directing the latter to file its counter and posted the matter to June 5 for further hearing.

On May 11 last, the I-T department filed complaints in the special court for economic offences against Nalini Chidambaram, Karti and Srinidhi and a firm linked to Karti Chidambaram for alleged non-disclosure of their overseas assets.

The complaints were filed under Section 50 of the Black Money (Undisclosed Foreign Income and Assets) and Imposition of Tax Act, 2015 and pertain to the assessment year 2016-17.

They have been charged for allegedly not disclosing, a Rs 5.37 crore worth property they jointly own in Cambridge, in the UK.

The department has also alleged that Karti Chidambaram had failed to disclose an overseas bank account he holds with Metro Bank in UK and investments he had made in Nano Holdings LLC, USA.

Besides, Karti Chidambaram has also 'failed' to disclose investments made by Chess Global Advisory, a company co-owned by him, which amounted to an offence under the Black Money Act, it has said in the complaints.

Assailing the I-T department action, the three moved the high court seeking an interim order staying the prosecution proceedings and also to direct the department to provide a copy of the complaint to them.

When the plea came up for hearing, senior counsel ARL Sundresan for the petitioners contended that the economic offences court here does not have the jurisdiction to take cognisance of the complaints.

"Law mandates that a special court must be established to hear cases under the Black Money Act. But so far, the state has not notified any such special court," he submitted.

Moreover, the official who has ordered sanction for the prosecution lacked such authority under the Income Tax Act, he claimed.

Satish Parasaran, appearing for the petitioners, submitted that prosecution can be initiated by the authority in case of non-disclosure of assets.

But, his clients had already disclosed their foreign assets and even filed revised IT returns, he argued.

Despite this, the department had issued show cause notice for which too they had replied, he said.

But without passing orders on their replies, the IT department has launched the prosecution, he submitted.

Opposing the plea, the standing counsel for I-T submitted that the complaint was yet to be numbered.

Promoted
Listen to the latest songs, only on JioSaavn.com
Copies of the complaint would be furnished to them once it was numbered, he said, adding the plea seeking to set aside the complaint was too premature.

The counsel also said the copy of sanction order for initiation of prosecution cannot be furnished to the petitioners.