In Outreach To Backward Classes, PM Modi Sets Up Panel For Sub-Quotas

The centre's initiative to set up a commission to introduce sub category among OBCs could do a lot more than just lead to "equitable" distribution of quota benefits but also reboot the dynamics of caste politics. 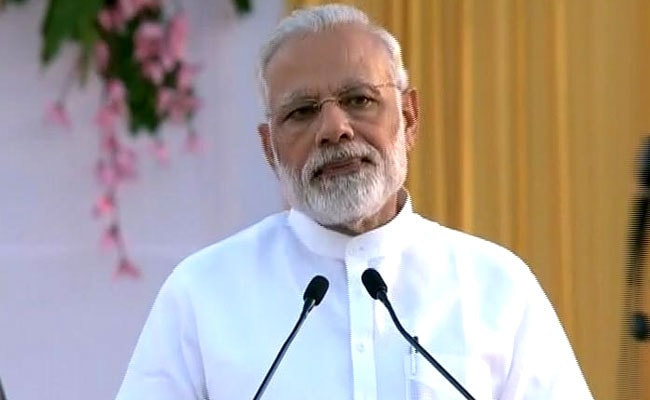 NEW DELHI: In a move that would help the most backward communities to reap reservation benefits, the Narendra Modi government on Monday set up a commission to divide the Other Backward Classes, or OBC, into sub-groups.

This would ensure that the dominant classes within the rubric of OBCs do not corner the major chunk of the 27 per cent quota for centre's jobs and educational opportunities, something that has been a long-standing grouse of the most backward sections among the OBCs. Instead, there would be sub-quotas for certain backward classes within the overall quota.

The commission, set up on Monday on President Ram Nath Kovind's orders, would be headed by former Chief Justice of the Delhi High Court G Rohini.

It has been told to give its report within 12 weeks. This means that the committee's report would come in around late December or early January after voting for the Gujarat assembly elections is complete.

The Union Cabinet headed by Prime Minister Narendra Modi had cleared the plan to set up the panel back in August.

An official statement said the decision had been taken on the birth anniversary of Mahatma Gandhi, and "reinforces, in the spirit of his teachings, the government's efforts to achieve greater social justice" and inclusion for all.

But the move will do a lot more than just lead to "equitable" distribution of quota benefits. It also holds the potential to recalibrate the dynamics of caste politics and get the backward classes compete among themselves for a bigger share of the 27 per cent quota pie.

The existing system of OBC reservation at the centre, forged on the basis of the Mandal Commission report, has been getting flak from a section of OBCs who say only some of the dominant, politically powerful groups have been cornering the benefits.

This had led various states to demand that OBC groups that have been neglected be given the status of Scheduled Tribes. Even politically powerful groups including the Patidars in Gujarat and Marathas in Maharashtra have been demanding that they be included in the OBC list. Once the sub-categories are introduced, it would make

Promoted
Listen to the latest songs, only on JioSaavn.com
When Finance Minister Arun Jaitley first announced the decision to set up the commission in August, he had made it a point to underline that this was a recommendation made much before the BJP came to power. The National Commission for Backward Classes had given its recommendation on sub-categorisation back in 2011. Two years later, a Parliamentary Standing Committee also gave a similar recommendation, he said.

According to the government, 9 states already have sub-categories for state quotas among the backward classes including Andhra Pradesh, Telangana, Puducherry, Karnataka, Haryana, Jharkhand, West Bengal, Bihar, Maharashtra and Tamil Nadu.