'Thanks' Painted On Rooftop Where Pregnant Woman Was Rescued By Navy

A huge 'Thanks' was painted on the roof of the house, from where 25-year-old pregnant woman was airlifted 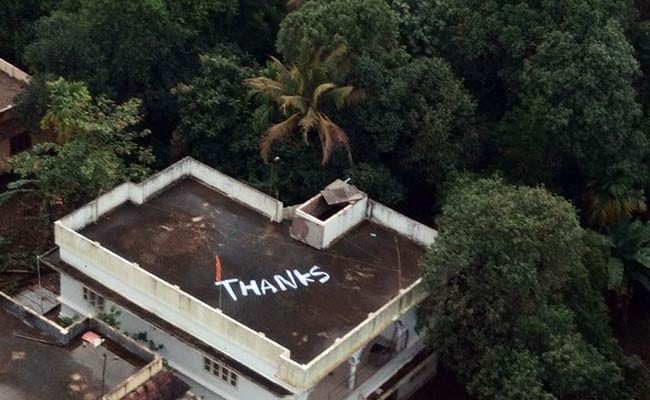 Naval pilot Commodore Vijay Varma and his men got a unique thank you note days after they rescued a pregnant woman from the rooftop of her flooded house in Chengamanad near Aluva in Kerala. Sajitha Jabil, 25, gave birth to a baby boy just 30 minutes after she was rescued by a helicopter on Friday. On the same rooftop, the word 'Thanks' is painted in large letters, easily read from any passing chopper.

For Sajitha, it was a near thing. Her water broke even as she was waiting to be rescued, the flood waters lapping against her first floor.

The Navy first flew a doctor and lowered him onto the rooftop to examine Sajitha. After his all-clear, Sajitha was winched up and flown to a hospital in Kochi.

Hours later, the navy tweeted heartwarming images of Sajitha with her baby. "They are both doing fine," read its tweet. 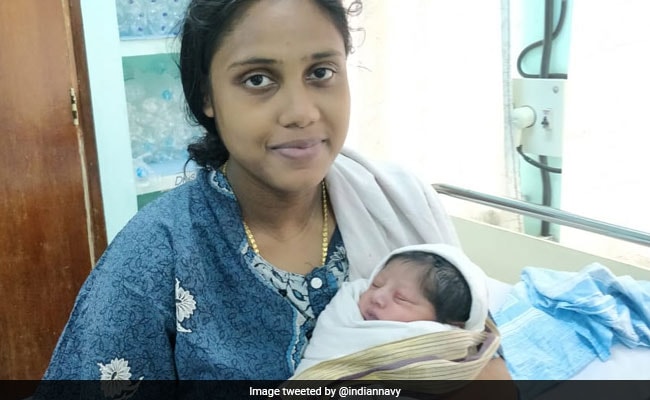 Since record rainfall in Kerala earlier this month, Aluva in Ernakulum district has been among the worst-hit by the flooding in the Periyar River. Thousands of people in Alappuzha, Ernakulam, Thrissur, Pathanamthitta, Chalakudy and Chenganoor were stranded on rooftops and perched on trees until they were rescued.

The Western Naval Command on Sunday sent its ship INS Mysore with relief material for the state. The ship carried about 70 tonnes of material, which included bottled water, ready-to-eat meals, fresh ration, milk, biscuits, medicines, candles and other essential toiletries.

Kerala has received its heaviest rainfall since 1924 and it has caused massive destruction, leaving more than three lakh people in relief camps. The damage to crops and properties is estimated to be over Rs 8,000 crore.