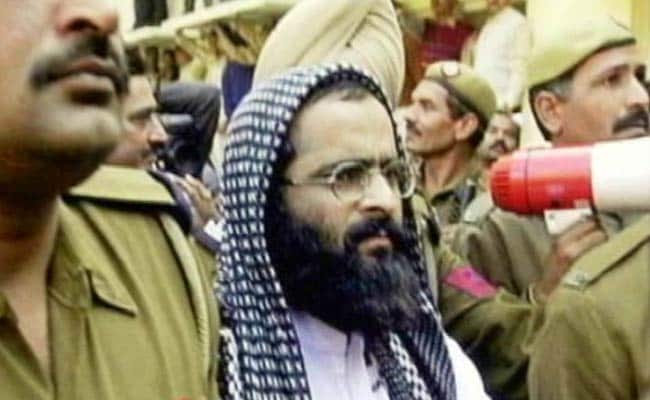 The way the Congress-led UPA government handled the hanging the execution of Parliament attack convict Afzal Guru was a mistake, five Congress lawmakers have admitted in a statement. The admission, apparently, was necessary to get the last vote to secure a Rajya Sabha seat for senior party leader Ghulam Nabi Azad, who is the Leader of Opposition in the Upper House of Parliament.

The Independent lawmaker who arm-twisted the Congress into making such a statement for his vote was Engineer Rashid. Flush with victory, Mr Rashid read out the statement in the State Assembly before casting his vote for Mr Azad.

"The demand for clemency for Guru was justified and his mortal remains should be returned to his family," said the statement, a copy of which is with NDTV. "The decision to not allow his family members to meet him one last time was also a mistake," it said.

"Let this message go to people that the Congress, which hanged Afzal, is admitting today that they have committed injustice," said Mr Rashid.

The People's Democratic Party, which had described Guru's execution as the Congress' biggest 'communal mistake', slammed the U-turn by the party.

"It's the worst kind of opportunism, just for one seat, they could do this," said Naeem Akhtar, chief spokesman of the PDP. "They have stated a fact, but they never said it earlier. They did it only at 2:30 pm on Saturday, when a legislator threatened to not vote for them."

Guru, a convict in the 2003 Parliament attack case, was hanged at Delhi's Tihar Jail on February 9, 2013. Fearing a backlash in the state, the UPA government had kept the news secret till it was over. Guru's body was reportedly buried within the jail premises.

Promoted
Listen to the latest songs, only on JioSaavn.com
In face of the massive criticism, Vikar Rasool, one of the five Congress legislators, said the "party completely agreed" with the sentiments expressed in the statement.

"Afzal's hanging was a legal issue, but his body should have been returned (to his family) and that was a better way to handle it. We also support the resolution brought by Rashid Sahab in this regard," said Mr Rasool.