Yogi Adityanath was elected to the parliament five times from his stronghold, Gorakhpur.

New Delhi: At a shelter built for cows in Gorakhpur, Uttar Pradesh Chief Minister Yogi Adityanath said that people had "certain responsibilities" and needed to progress towards development. The words were yet another emphasis on the message of "discrimination towards none and development for all" that Yogi Adityanath -- seen for years as the BJP's mascot of Hindutva -- has been sending out since he was picked for the state's top job.

"The people of Gorakhpur have elected me repeatedly. However, the people have certain responsibilities too," the Chief Minister said in what was seen as a message advising restraint to his supporters. "There will be no discrimination with anyone... society will develop along with everyone. We all will progress toward a new development together," he added.

On his first visit to the place that has been his home since his teens on Saturday, he had said, Josh mein aake hosh nahi khona chahiye" (Don't get carried away by the victory)". The priest-turned politician had pointed out that any move seen as an excess will be used by the opposition parties to scuttle Prime Minister Narendra Modi's development agenda. 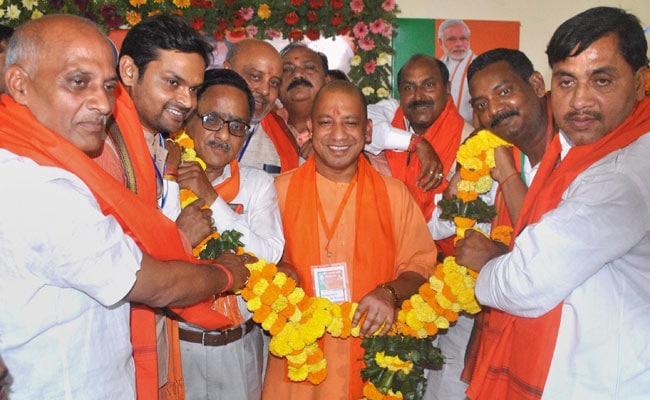 Yogi Adityanath, UP's Chief Minister was given a grand welcome in Gorakhpur. (PTI)

Gorakhpur has been the stronghold of the saffron-robed priest, who had taken charge of the huge temple and its charitable activities while in his 20s. But he and his followers have often been in news over various controversies. Yogi Adityanath, in his first speech after taking charge as the Chief Minister, delivered a strong message that all will be treated as equals -- no distinction will be made on basis of "jaati" (caste), "mazhab" (religion) or "ling" (gender).

"There will be development for all but appeasement of none," he had said, in a dig at the erstwhile Samajwadi Party government, who were often accused of appeasing the minorities.

Promoted
Listen to the latest songs, only on JioSaavn.com
The Chief Minister -- for whom a visit to Gorakhpur temple's "gaushala" or cowsheds was a part of morning rituals -- has already asked the police to crack down on illegal slaughterhouses.

While the promise to shut illegal slaughterhouses was one made in the BJP manifesto, the over zealousness of the police had resulted in focus on all abattoirs, some of which allegedly got sealed on grounds as varied as lack of permit to draw groundwater and dysfunctional CCTV cameras.