85 Arrested In Assam Over Violence During Citizenship Act Protest: Police

The situation is under control and police will take stern action against people indulging in violence, the police said. 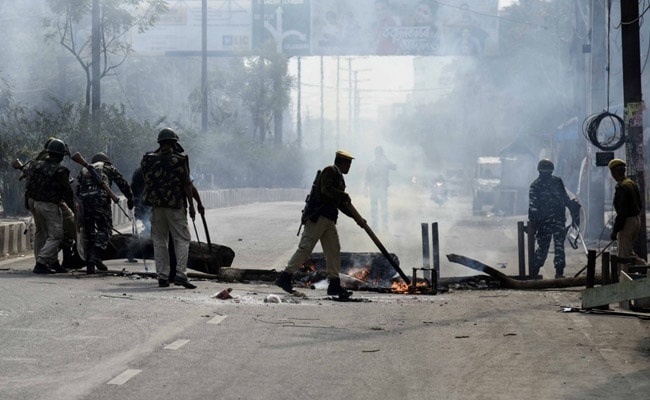 Assam Director General of Police (DGP) Bhaskar Jyoti Mahanta on Saturday said 85 people have been arrested so far in connection with violent incidents during protests against the amended Citizenship Act.

The situation is under control and police will take stern action against people indulging in violence, Mr Mahanta said.

"Incidents of stone-pelting, setting vehicles on fire and attacking life and property have been videographed. We will identify the persons involved and take action against them," he said.

Mr Mahanta said "bad elements" who had infiltrated the protests to create disturbances have been arrested.

"Action will be taken against any person or organisation found inciting violence," he added.

Observing that adequate forces have been deployed, Mr Mahanta said police acted with restraint during the agitations and took action only during extreme situations.

The DGP urged people not to believe or spread rumours.

"Anyone coming across any rumour should inform their local police station about it," he added.