The baby died inside the ambulance right outside the hospital.

A two-month old child in Chhattisgarh died after the door of the ambulance that was carrying him to a hospital malfunctioned. When the boy's father tried to break open its window, he was warned against damaging the government's property.

The child needed a cardiac surgery. He was being taken to Raipur's Dr Bhim Rao Ambedkar Hospital after his parents had consulted doctors at AIIMS in Delhi. They had taken a train to Raipur.

Once the couple arrived in Raipur this morning, Ambika Kumar, the father, dialled Sanjeevani Express, a free ambulance service supported by the government. 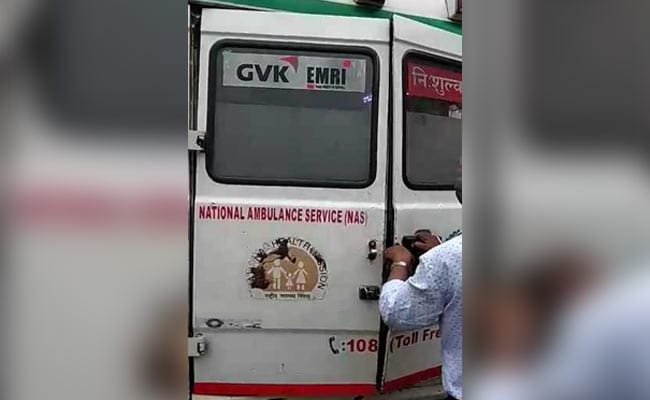 The parents had dialled 108 for a free ambulance.

However, their nightmare began when they reached the hospital and the door of the ambulance got stuck. They struggled for hours and despite help from a mechanic, they were unable to open the door. When Mr Kumar wanted to break the windows, he was told he couldn't do so. The baby died inside the vehicle.

The company that runs the ambulance service has denied allegations and claimed that the baby had already died and there was no negligence on their part.