AK Bassi, the man leading the CBI investigations against Rakesh Asthana, was transferred to Port Blair "in public interest". 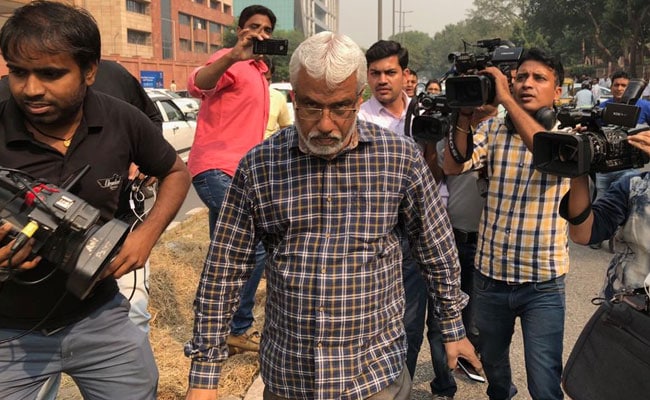 AK Bassi, the man leading the investigations against Rakesh Asthana, was transferred to Port Blair.

In the CBI bloodbath that saw director Alok Verma and his deputy Rakesh Asthana being sent on leave after their ugly public feud, it is the top boss of the investigating agency who has emerged the bigger loser.

Alok Verma's petition challenging the leave order and the appointment of joint director M Nageswar Rao as his interim replacement will be heard by the Supreme Court on Friday.

The government's hatchet has fallen mainly on his team members, who were investigating six cases against Rakesh Asthana; they have all been sent on leave in an overnight mass transfer ordered by Nageswar Rao.

AK Bassi, the man leading the investigations against Mr Asthana, was transferred to Port Blair "in public interest" in an order that also directed him to "join his new place of posting with immediate effect in public interest".

Another officer, SS Gurm, has been transferred to Jabalpur, also "in public interest". Manish Kumar Sinha has been posted to Nagpur.

AK Sharma, joint director policy and in charge of the anti-corruption department, was shifted to the multi-disciplinary monitoring agency.

A Sai Manohar, a team Asthana officer who had been removed by the CBI chief from the Special Investigation team, has been reinstated and given charge of the anti-corruption department.

The team investigating bribe charges against Rakesh Asthana will be headed by Tarun Gauba instead of AK Bassi. Others in the new team will be Satish Dagar and V Murugesan.

Mr Asthana had alleged in a written complaint to the Central Vigilance Commission that AK Bassi was carrying out "roving inquiries" against him on the directions of Alok Verma.