If the Congress manages to win the Jhabua constituency likely to be vacated by the BJP's Guman Singh Damor, it will be just one seat short of the majority mark of 116 in the Madhya Pradesh assembly. 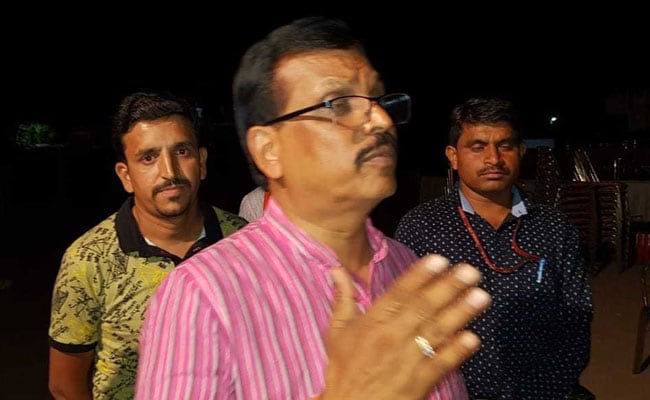 The Congress may have received a drubbing in the Madhya Pradesh leg of the just-concluded Lok Sabha elections, but the BJP's decision to vacate the Jhabua assembly seat has given the ruling party a much-needed opportunity to redeem itself in the state.

With first-time BJP legislator Guman Singh Damor defeating Congress veteran Kantilal Bhuria by over 90,000 votes in the Ratlam-Jhabua parliamentary constituency, his party has reportedly asked him to vacate the Jhabua assembly seat and head to the Lok Sabha. Once this happens, the number of BJP legislators in the state assembly will come down to 108, paving the way for a by-election. If the Congress succeeds in grabbing the Jhabua seat, the party can increase its strength in the state assembly to 115 - just one seat less than the majority mark of 116 it sorely needs.

The Congress, which has 114 seats in the Madhya Pradesh assembly, is currently propped up by two Bahujan Samaj Party (BSP) legislators, besides one from the Samajwadi Party and four independents. During the Lok Sabha elections, BSP chief Mayawati had given the Congress a scare by saying that it was not beyond withdrawing support to the Kamal Nath government if it starts taking her for granted. She was miffed over the BSP candidate from Guna -- Lokendra Singh Rajput -- joining the Congress.

Winning the Jhabua assembly seat will ease the Congress' dependence on its allies in the state.

Guman Singh Damor -- a retired chief engineer with the Madhya Pradesh government -- had scored his maiden electoral victory by defeating Kantilal Bhuria's son Vikrant Bhuria in Jhabua during the Madhya Pradesh assembly elections last year. And now, after scoring his second successive win, he is headed for the national capital.

The Congress, for its part, is confident of adding Jhabua to its list of assembly constituencies in the state and drawing closer to a majority in the Vidhan Sabha. "We expect to win this by-election by a thumping majority because it will be fought on issues of development and work done by the state government," said Congress spokesperson Narendra Saluja.

The BJP, however, doesn't seem too concerned. "We don't intend to topple the Kamal Nath government," claimed party leader Rakesh Singh. "It will crumble under the weight of its own contradictions."

The Congress won just one of Madhya Pradesh's 29 parliamentary constituencies in the Lok Sabha elections amid a near-nationwide sweep by the BJP. By comparison, it had managed to get two seats -- Chhindwara and Guna -- in 2014.