In BJP's List Of Bengal Political Murders, Mix Of Fake And Genuine Cases

NDTV fact-checked 23 cases from the BJP's list of 54, meeting the families when they were brought to Delhi, travelling to West Bengal, speaking to families, eyewitnesses, scanning police and hospital records.

BJP worker Mataal Digar's family with his photo. He was killed in September 2017.

Of the 54 cases listed by the BJP as cases of their workers being murdered by the Trinamool Congress (TMC) in West Bengal, at least seven claims appear to be fake and nine are too vague to draw conclusions, an NDTV investigation has found.

Last month, the families of 54  BJP workers who the party claimed were murdered by the Trinamool Congress in the past six years, were invited for Prime Minister Narendra Modi's swearing-in ceremony. They also released a list of these 54 people, along with details of the TMC's involvement in each of their deaths.

West Bengal Chief Minister Mamata Banerjee rebutted this, issuing a statement claiming her state has not seen any political murders.

Ms Banerjee's party also released its own list of eight from the BJP's list of 54, calling them out as "fake". The party said that the eight deaths were not political murders, and gave reasons for their deaths ranging from accidents, cardiac arrests, to the excessive consumption of alcohol.

NDTV fact-checked 23 cases from the BJP's list of 54, meeting the families when they were brought to Delhi, travelling to West Bengal, speaking to families, eyewitnesses, scanning police and hospital records.

Of the 23, in seven cases, or 30 per cent of the cases examined, the BJP's claim of a Trinamool murder appeared to be fake, as the evidence suggested no link to the TMC; whether it was the families themselves denying a Trinamool link, or the victim had died either in a communal riot or in an accident, or the autopsy report ruling it a suicide.

Laltu Das, a 28-year-old BJP member from West Bengal's Birbhum district, for instance, was run over in April 2018 as he fled the police who was chasing him because he had a "Jai Shri Ram" flag on his cycle, according to the BJP. His family blamed the police at first, but took the TMC's name after a local BJP worker nudged them. 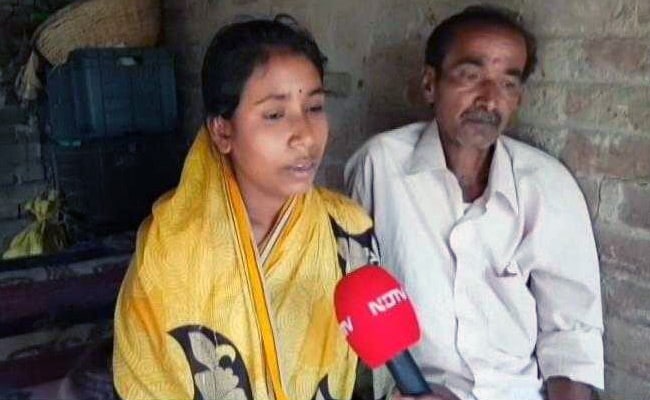 Laltu Das's amily blamed the police at first, but took the TMC's name after a local BJP worker nudged them.

But the post-mortem report says that the death occurred due to injuries from a road accident. The First Information Report or FIR in the case does not mention the TMC. It says Laltu Das was caught up in a melee during the filing of nomination for the village body election. The police were trying to control the chaos. As he was trying to run away, he got hit by a truck.

Other cases that appeared to be fake include that of Ajit Ghosh from Bankura who was killed in an accident in May 2018, and whose death had no political connection, according to his family. Toton Das from North Dinajpur and Kartik Ghosh of Basirhat were killed in communal clashes in 2017, according to their families. The death of Shishupal Sahis, from Purulia district in April this year was ruled a suicide in the post-mortem report. In the case of Jagannath Tudu, also from Purulia, who died in May last year due to a road accident, the original complaint never mentioned the TMC. In all five instances, the BJP had accused the TMC of murdering these men.

Seven cases, however, appeared to be genuine as the testimony of the families, police records, and eyewitness accounts seem to broadly corroborate the claims.

Mataal Digar, a 42-year-old BJP worker from Jhargram district was killed in September 2017. According to the BJP, he was beaten up by the TMC and he died of injuries, while the TMC claimed that he was beaten up when he went to negotiate the release of a man called Santanu Patra , who had been kidnapped.

However, Mataal Digar's family claims that the kidnapping was linked to the TMC.

"Santanu Patra was kidnapped by TMC people. Matal Digar had gone there (to TMC office) to make peace with them so they let Patra off, but they attacked him. Patra is a BJP worker," said Sanjay Digar, Mataal Digar's nephew.

His brother, Gaya Prasad Digar, added that he was present when Mataal Digar was attacked and confirmed the TMC's role. A local police officer who was aware of the facts of the case said that at least two to four of those arrested in the case were also from the TMC.

Similarly, Biplab Shikadar of Nadia was shot dead in May last year by people associated with the TMC in front of his family, his family claims.

In the remaining nine cases (39 per cent), there was no concrete evidence to establish or rule out a Trinamool involvement. For instance, Trilochan Mahato, a 20-year-old from Purulia was found hanging from a tree in May 2018. The BJP and his family asserts that the TMC killed him. However, the family told NDTV they have no evidence or eye-witness accounts to back their claim.

The case of Sukhdev Maity from West Medinipur, who died in May 2018, a murder ascribed by the BJP to the TMC, also remains ambiguous. The family claimed that the TMC had threatened the man earlier, but beyond that, they had little evidence to back their claim.

Chandra Kumar Bose, who was the BJP's Lok Sabha candidate from South Kolkata in West Bengal during the 2019 Lok Sabha election, told NDTV that the BJP had prepared the list of 54 after due "investigation."

"The list that we have put out is based on evidence. We don't make out a list just like that. We have done our investigation We have spoken to the members of the family. And we have arrived at the list... The final verdict would be resting with the courts," he said, while adding that these murders, especially the ones where anomalies were found, must be probed by the CBI.