In Big Diplomatic Win For India, Myanmar Hands Over 22 Insurgents

The deportation is being seen as a huge success for back-door diplomacy as it clearly indicates that Naypyidaw is in sync with New Delhi on dealing with insurgents. 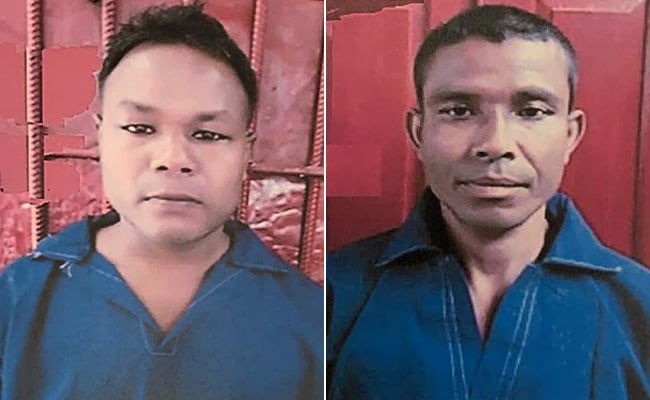 In a big diplomatic win for New Delhi, Myanmar on Friday handed over 22 insurgents from the northeast to India. The 22 insurgents were brought back to India in a special flight in an operation that was overseen by National Security Advisor Ajit Doval.

The deportation is being seen as a huge success for back-door diplomacy as it clearly indicates that Naypyidaw is in sync with New Delhi on dealing with insurgents.

"It is a first such operation and it sends a strong message that proscribed insurgents can't operate in Maynamar," a senior government functionary in the National Security Council told NDTV.

According to him, the entire operation was overseen by NSA Doval and all the insurgents were handed over to local authorities of Manipur and Assam.

"The plane carrying the insurgents first had a stopover in Imphal. After handing over the 12 rebels from the state to the police there, the plane flew to Guwahati where rest of rebels were handed over to state authorities," he adds.

The insurgents who have been brought back include NDFB (S) "home secretary" Rajen Daimary, Sanatomba Ningthoujam of UNLF, and Pashuram Laishram of PREPAK.

"The handing of the insurgents over to India by Myanmar is possibly the result of backdoor diplomacy," a senior functionary in government states.

According to him, in January last year, the military of Myanmar had carried out a series of operations against insurgents from India's northeast. A number of them were apprehended and some were also jailed. "Myanmar security forces were given precise and accurate location on insurgents by Indian security agencies," he adds.

NSA Doval has been working with Myanmar military commander-in-chief Min Aung Hlaing to get the insurgents deported for the last one year.

According to Indian security agencies, most insurgent groups in the northeast operate from Myanmar soil as it is considered as a safe haven. They have their camps there where they train newly-recruited members.

"These 22 insurgents who have been handed back were nabbed in an operation by Myanmar army in Sagaing Region last year in February/March," explains an officer on the northeast desk.

Twelve of the insurgents who have been brought back are from Manipur. They belong to groups such as United National Liberation Front (UNLF), People's Revolutionary Party of Kangleipak (PREPAK), People's Liberation Army (PLA) and Kanglei Yawol Kanna Lup (KYKL).

Of the remaining 10, five are from the National Democratic Front of Bodoland (NDFB-S) and the others from Kamatapur Liberation Organisation (KLO).