The BJP, which is in the opposition in the state, has also demanded that Chief Minister Kamal Nath re-install freedom fighter Chandrashekhar Azad's statue at the spot 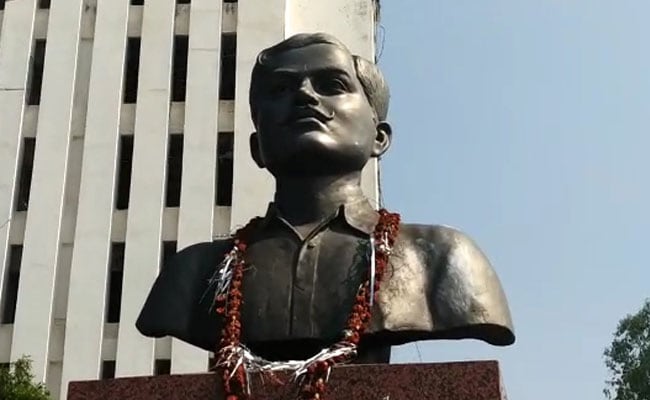 The BJP leader further demanded that the Chief Minister order the re-installation of Chandrashekhar Azad's statue at the spot.

The Congress has hit back, pointing out that the statue had originally been removed by the BJP-led government that was previously in power in the state.

"BJP leaders tweet and write letters without cross-checking facts. Three years ago, it was during the Shivraj Singh Chouhan-led government that the statue of Chandrashekhar Azad was removed from a busy crossing... since last three years the concerned road crossing was empty. Last year Bhopal Municipal Corporation (BMC) passed a resolution to install Arjun Singh's statute. The same resolution is now being implemented," Narendra Saluja, a Madhya Pradesh Congress leader, said.

The back-and-forth between the two parties included BJP leader and Bhopal Mayor Alok Sharma, who said the decision on where to install the Arjun Singh statue had been taken by the ruling Congress and BMC officials, and he had not been consulted.

However, BMC Commissioner B Vijay Datta said the Mayor was, in fact, kept informed because permissions were needed for the widening of roads and handling traffic.

According to Ajay Singh, the Leader of Opposition in the state and Arjun Singh's son, the installation ceremony has been postponed. The statue was scheduled to be installed on Monday but has been delayed by the imposition of prohibitory orders under Section 144 currently in place in the capital city.

New dates are expected to be announced three to four days later.

In 2016 the statue of Chandrashekhar Azad, along with those of the late former President Shankar Dayal Sharma and Maharaja Agrasen, were removed from different places around the city, citing traffic management as the reason.