Assam police, quoting eyewitnesses, said the bus was driving very fast in an area where road maintenance work was being carried out, and collided with a dumper trcuk carrying burning-hot tar that fell over some passengers 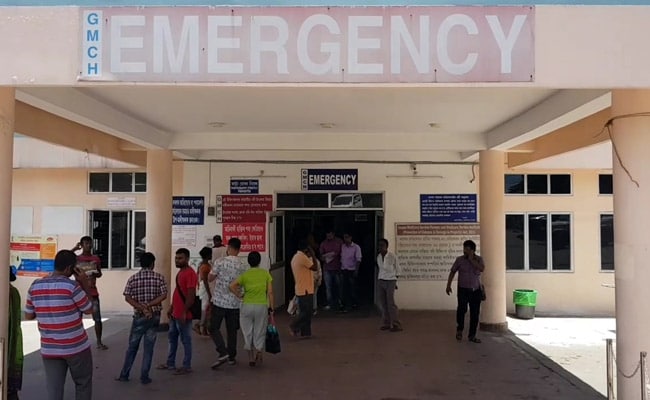 At least 30 people have been hospitalised, 10 with major injuries, after a bus carrying them to a National Register of Citizens (NRC) re-verification hearing in Golaghat district of upper Assam met with an accident early this morning on National Highway 37 in the outskirts of Guwahati.

The injured passengers, who were taken to Gauhati Medical College Hospital (GMCH) were rushing from the Sontoli area in Kamrup district, after NRC authorities summoned them to a hearing 450 kilometres away, on just 40 hours' notice, to re-verify their documents.

Assam police, quoting eyewitnesses, said the bus was driving very fast in an area where road maintenance work was being carried out. There were around 60 people in the bus, which was hit by a dumper truck carrying tar and bitumen used for road construction.

The burning-hot tar fell over some of the passengers and they suffered major burn injuries.

Police have filed a case. More details are awaited.

Thousands of people in Muslim-dominated districts of lower Assam have received similar summons to attend, at short notice, re-verification hearings hundreds of kilometres away, in violation of guidelines issued by both the NRC and the Supreme Court in its April 10 order.

NDTV has accessed a dozen notices issued on August 3 asking people to attend hearings, scheduled between August 5 and August 7, at locations 300 kilometres away.

"We booked a bus for the village at Rs 20,000 to reach here, had to carry my small kids along. It is very inconvenient," Sayira Khatun said.

"I got the notice only yesterday, I somehow managed to reach Golaghat, since it's a matter of life and death," Rahem Ali explained.

These violations come only days after the BJP government in Assam disregarded another order and leaked sensitive NRC data that it claimed proved its point about lower rates of exclusion in districts where non-indigenous population is greater.