Congress and the BJP not giving tickets to Jarjum Ete and Jarpum Gamlin, have taken many by surprise in Arunachal Pradesh, say sources 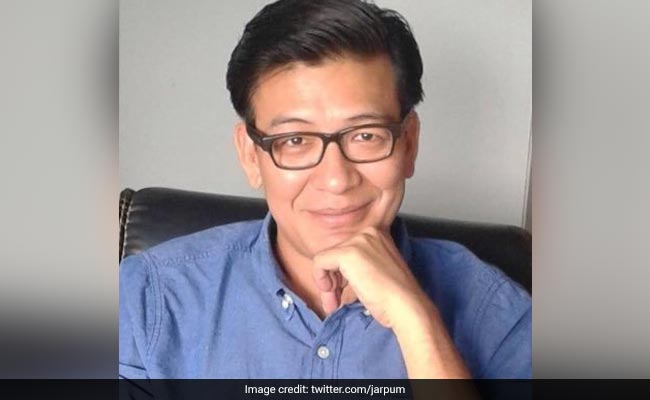 In Arunachal Pradesh, Jarpum Gamlin quits BJP after party did not give him ticket

Arunachal Pradesh's politically influential Gamlins seem to be going through a down time just a month ahead of the Lok Sabha polls. Both the Congress and the BJP have not given tickets to Jarpum and Jarjum Gamlin, siblings of former Chief Minister Jarbom Gamlin.

Jarpum Gamlin, once a firebrand general secretary of the state BJP is not in the fray and his sister, Jarjum Ete, a social activist and All India Mahila Congress leader has also been shown a cold shoulder by the party. Her name is not in the Congress list this time.

The move, by both the Congress and the BJP, has taken many by surprise. Sources in BJP say the decision was taken "at the highest level" to axe Jarpum Gamlin's candidature. A disappointed Jarpum has quit the party.

"I am in a precarious position, torn between the party and my supporters. After much consideration, I have decided that I can't let my supporters down," Jarpum Gamlin said in his resignation letter.

An executive-turned-media entrepreneur-turned politician, Jarpum Gamlin was dropped despite being a key party functionary and a close confidante of state BJP chief Tapir Gao.

Jarjum Ete, earlier seen as a Congress front runner against Union Minister Kiren Rijiju, from Arunachal West Lok Sabha seat, has also resigned after the ticket was given to former chief minister Nabam Tuki. She has switched sides and is now contesting on a JD(S) ticket.

The other Gamlin brother Jarkar, who is a minister in the Arunachal Pradesh government, has also been denied ticket by the BJP.

The reason why the Gamlin siblings have been dropped like a hot potatoes is most intriguing. Speaking to NDTV, several top sources, in both the Congress and the BJP, have confirmed that while Congress thought it would not be wise to give ticket to Jarjum Ete since her brothers are in the BJP, Jarpum was denied a ticket since his sister was with the Congress.

Twelve BJP lawmakers, including two cabinet ministers, have been denied tickets for the Assembly elections. Arunachal Pradesh is simultaneously holding the state and parliamentary polls.