Impeachment Motion Against Chief Justice Of India Dipak Misra Will Turn Out To Be A Joke: AAP 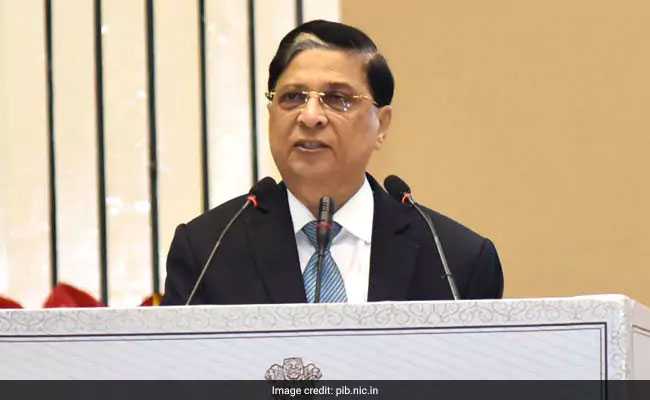 New Delhi: The impeachment motion against Chief Justice of India Dipak Misra would turn out to be a joke as it would get defeated due to lack of numbers in both the House of Parliament, the Arvind Kejriwal-led Aam Aadmi Party or AAP has said.

AAP spokesperson and Rajya Sabha MP Sanjay Singh said if the petition was defeated it would also "put a stamp of approval on the working of the chief justice".

"The motion, to pass, will require two-thirds majority in both the Houses and the opposition does not have the numbers. It will be defeated and if that happens it will be a joke," Sanjay Singh told PTI.

Over 60 MPs of the Rajya Sabha belonging to seven political parties -- the Congress, the NCP, the CPI-M and CPI, the SP and the BSP -- gave the notice.

The AAP was not approached by these parties before submission of the notice to Mr Naidu.

"The opposition should instead use other means to pressure and improve the functioning of the government," he said.

Mr Singh said even Justice Jasti Chelameswar, one of the four judges to have attacked the chief justice in an unprecedented press conference in January, was not in favour of impeachment. The judge had made a serious charge that democracy was in danger.

Promoted
Listen to the latest songs, only on JioSaavn.com
In an event held early this month, Justice Chelameswar had said that impeachment was not the solution to deal with an errant judge.

Sanjay Singh also said his party did not agree with the Supreme Court's judgement rejecting petitions seeking an independent probe into the death of judge B H Loya. The verdict in the case was given by a three-judge bench headed by Dipak Misra.