The study, published in the journal Thermochimica Acta, noted that the new class of nano-additives result in a superlative enhancement in the performance of solid propellants used in rocket propulsion systems. 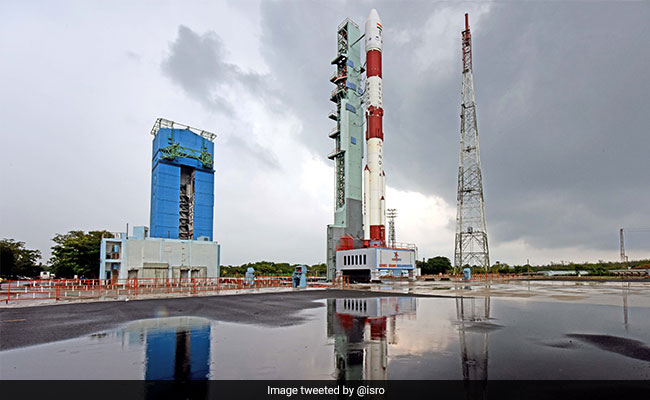 Scientists from the Indian Institute of Technology Gandhinagar (IITGN) have developed a highly-efficient additive for rocket propellants that may reduce the effective fuel weight, and help carry more payload to space.

The study, published in the journal Thermochimica Acta, noted that the new class of nano-additives result in a superlative enhancement in the performance of solid propellants used in rocket propulsion systems.

According to the researchers, including Kabeer Jasuja and Chinmay Ghoroi, solid propellants usually need multiple additives to improve their burning rates, performance and maximise the energy of the fuel.

While conventionally used fuel such as ammonium perchlorate (AP), widely in rocket propulsion systems, require several additives to improve performance, the scientists said these can take up to 30 per cent of the total weight of the fuel.

One such additive is boron, but the scientists added that it faces severe ignition delay and a low burning rate because of an inert boron oxide layer formation.

"The nano-sheet form of the material is making it rich in catalytic activity because the surface area for its reaction is significantly increased," Mr Jasuja, Associate Professor, Chemical Engineering at IITGN, told PTI.

"To give a sense of the surface area, for example, if you take a Rs 1 coin and normally the area is in square centimetres, but if we were to delaminate the coin and make large number of nanosheets, these would make the same weight as the coin but the surface area would be almost like the area of a basket ball court," he explained.

According to the current study, the nano-additive enhances the fuel chemical reactions and can be used as a single substitute for multiple conventionally used additives, while taking only one per cent of the total weight.

"What this means is that, if say, we have X kilogrammes of fuel, and if we add just 1 per cent age of this in the form of the nano-additives, the actual energy output will increase by 70 per cent. So with just a pinch, or an insignificant quantity of this nanomaterial, the efficiency of the propellent will increase by a huge amount," Mr Jasuja explained.

In controlled experiments, Mr Jasuja and his team found that adding just one weight per cent of these additives in the form of mechanically activated magnesium bromide (MA)-MgB 2 nanosheets, enhanced the energy release by nearly 80 per cent, surpassing both conventional and other nano-additives.

According to the researchers, the new MA-MgB 2 nanosheet additives played a dual role as catalyst and fuel due to their increased surface area for reaction and its "unique and rich chemistry."

The scientists believe the scalable and economical way of synthesis of the nanosheets make it more promising in the market with production likely to be 40 times cheaper than for conventional additives.

Adding the nano additive to solid propellant eliminates the dead mass associated with other multiple additives, they added.

"The payload in rockets varies from 16 to 140 metric tons. With just one per cent of the fuel weight added in the form of the nanomaterial, it will help carry additional satellites into an orbit -- each satellite weighing approximately 5 to 6 tons," she added.

Using the new nano-additive, the scientists said, depending on the type of rocket, one to eight additional satellites can be carried than achieved today by a single rocket.

They believe further studies can also shed light on the potential of the additive to be used for energy storage in batteries, hydrogen production, and hydrogen storage.