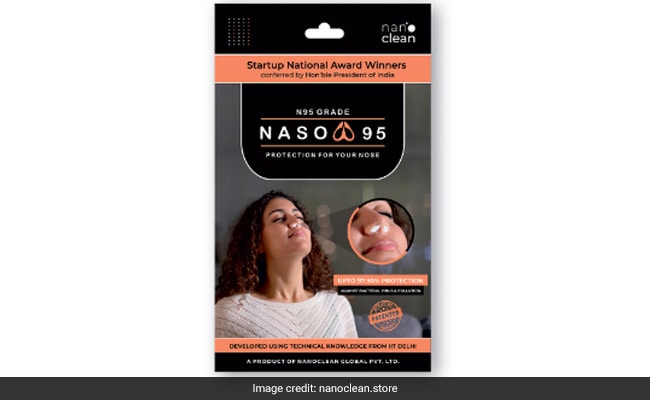 According to the start-up, Nanoclean Global, Naso95 is an N95-grade nasal filter.

An IIT Delhi start-up has launched the "world's smallest” wearable air purifier, claiming it is as effective as an N95 face mask.

According to the start-up, Nanoclean Global, Naso95 is an N95-grade nasal filter. It sticks to the user's nasal orifice and prevents bacteria, viral infection and pollen and air pollution.

It said the wearable air purifier, which comes in four different sizes, gives better protection than a generic facemask or a loosely fitted face mask. The product has been tested and certified by national and international labs for its safety and efficiency.

The product can also be used by children as they are more vulnerable to air borne infections and air pollution, a statement said.

Rajesh Kumar Pathak, Secretary, Technology Development Board, said the product can be of great benefit to society and should be used by all age groups.

He also said the Technology Development Board, a statutory body of the Department of Science and Technology, would like to support the start-up to take the product to the masses.

Former AIIMS Director M C Mishra said air pollution is a much bigger problem than viruses. Lung cancer remains the leading form of cancer and a product like Naso95 can effectively address the problem of respiratory illnesses in metro cities.

During the pandemic, the product can specially come in handy at places where one has to pull down a mask for the purpose of identification such as airports, security checks etc, he said.